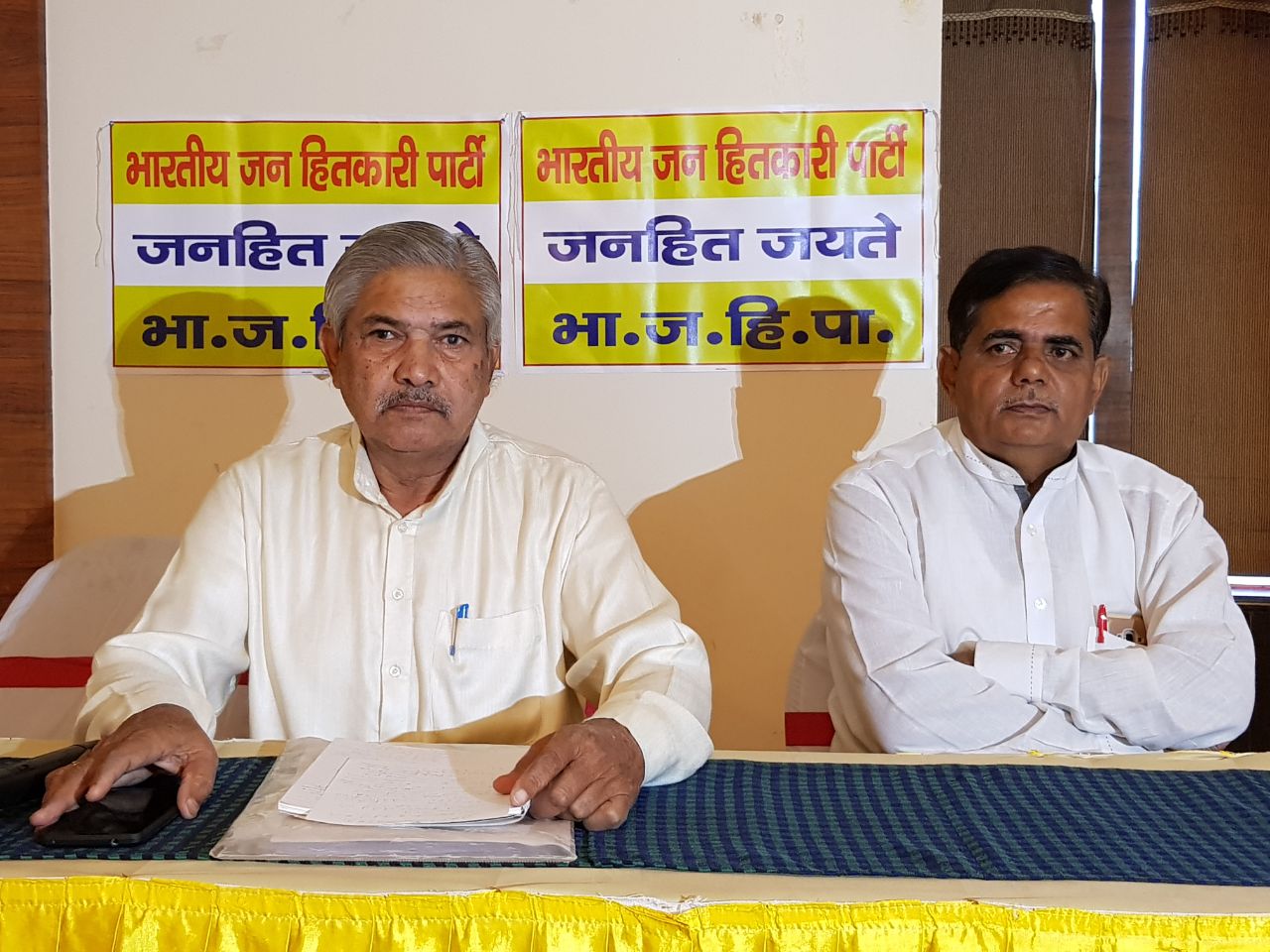 There is a political environment everywhere in Gujarat and all the parties are planning their strategies to woo the voters. In this environment new parties are also jumping in the bandwagon to mark their presence in the Gujarat elections.

One such new entry in the political scenario is Bhartiya Jan Hitkari Party (BJHP) which plans to field 100 of their candidates in the upcoming elections. The party wants to establish themselves as the third option in the state of Gujarat and field clean image candidates in the elections.

National President of BJHP Amarsingh Chaudhary said the BJP take the state of Gujarat to the worst ever position it ever be. He said due to their selfish and greedy policies in Gujarat the middle class, poor, farmers, labours all suffers. The Gujarat model is no where and instead there is Bihar model in the state.

"We want to give the option of third in front to the people of Gujarat in the upcoming elections. We field more than 100 candidates in the elections with 25% tickets to the women. The government here is exploiting the poor and lower class people and we target them as our voters in the elections," said Chaudhary.

He also accused the central government and accused them for their policies like demonetisation, not implementing Swaminathan report for farmers, food storage facilities for farmers and employment to 2cr youths. He also make mockery of Prime Minister Narendra Modi and said he is tourism minister as most of the time he is out of the country. The aim to form the party is to raise their voice against the present government from a platform.