Protesting farmer unions under the banner of the Samyukt Kisan Morcha (SKM) have called for a Bharat Bandh on Friday, to mark the four-month anniversary of their agitation on the borders of Delhi and reiterate their demand to repeal three contentious farm laws. The strike call will be in effect from 6 a.m. to 6 […] 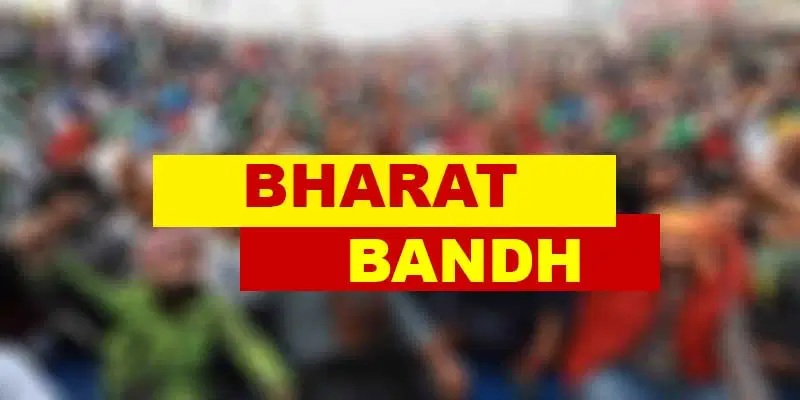 Protesting farmer unions under the banner of the Samyukt Kisan Morcha (SKM) have called for a Bharat Bandh on Friday, to mark the four-month anniversary of their agitation on the borders of Delhi and reiterate their demand to repeal three contentious farm laws. The strike call will be in effect from 6 a.m. to 6 p.m.

In Punjab and Haryana, groups of farmers started sit-in protests, or dharnas, on key roads, including national and State highways, as well as besides railway tracks at a few locations.

Vehicular movement was disrupted in parts of the two States, which have been at the forefront of the protests. Public transport, including buses and taxis, stayed off the roads. SKM members will hold dharnas at 120 places in Punjab alone, said Jagmohan Singh, general secretary, Bhartiya Kisan Union-Ekta (Dakonda).

In Delhi, police said that traffic was closed on both carriageways of National Highway 24 at the Ghazipur border crossing to Uttar Pradesh. A group of SKM farmers has set up camp at the border for the last four months.

“The roads on which the farmers are protesting near Delhi are already blocked. During this time, alternative routes were created. These routes will also be blocked from 6 a.m. to 6 p.m. during [the] Bharat Bandh,” said a statement from SKM leader Darshan Pal.

At least five agitation points have also been identified within the city, with protests to begin by 11 a.m. This will also be the first major agitation within the capital since the Republic Day tractor parade.

In a bid to avoid the kind of chaos and violence seen on January 26, the SKM urged protesters not to get involved in any kind of illegitimate debate and conflict. “It is a result of the patience of the farmers that the movement has gone so long and we are constantly getting successes,” it said.

The central trade unions are supporting the protest, along with some transport unions and retail trader associations. In Kakinada, Andhra Pradesh, CITU workers said they had successfully closed the seaport.

The nationwide bandh call urged shops, malls, markets and institutions to remain closed. Protesters intend to block road and rail transport and suspend services, except for ambulances and other emergency services.

Apart from the repeal of the three farm laws, the SKM is demanding a new law to guarantee minimum support prices and procurement of their produce, a rollback of the Electricity Bill and a law on pollution in the capital, which criminalises stubble burning.

The group also demanded that all police cases against protesting farmers be withdrawn and called for the reduction of petrol, diesel and gas prices.

Thousands of farmers, mostly from Punjab, Haryana and Uttar Pradesh, have camped on the outskirts of Delhi since November 26, although their numbers have dwindled in recent weeks.

Despite 11 rounds of talks with the Centre, no resolution has been reached. The Supreme Court has suspended the implementation of the three farm laws and set up a committee to examine the issue, which is due to submit its report soon.