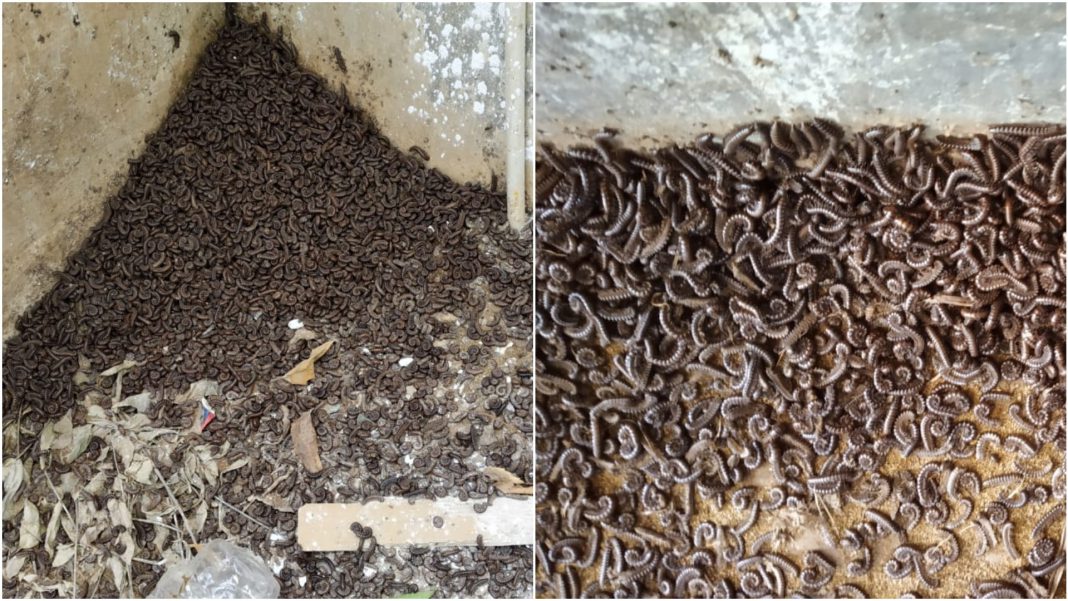 Bhadarva village in Savli Taluka is facing the problem of 100 legs Millipedes took over their houses in this monsoon season. The Sarpanch of the village did Hawan at the temple after villagers said it to be fury of devi Mata. However the outbreak not ends and the villagers are in delima after the local health department raise their hands saying there is no medicine to control them.

The outbreak in the village is such that one can see thousands of millipedes roads and every available open space inside the houses and village. Sarpanch Mahendra Rana said Indira Awas, Sardar Awas, Unda Falia, Pipda Falia and other big areas are suffering from the outbreak.

There is no place to sit inside the home and people are forced to make food and eat outside the house. People fear to leave small children alone due to the centipedes and also not stayed inside the house. They informed the health department about the outbreak.

Sarpanch further said that people use to say the millipedes are normal in monsoon season but the outbreak is like fury of Devi Mata and hence they perform Hawan at the local MahaKali temple to seek blessings. 51 unmarried girls eat after the prayers as part of religious tradition. However the outbreak is still the same.

Health officer Rahul Singh said the outbreak is there inside the Bhadarva village and there is no medicine to control them. Their teams sprinkle powder and informed the district health department about the outbreak and seek medicines to control it.