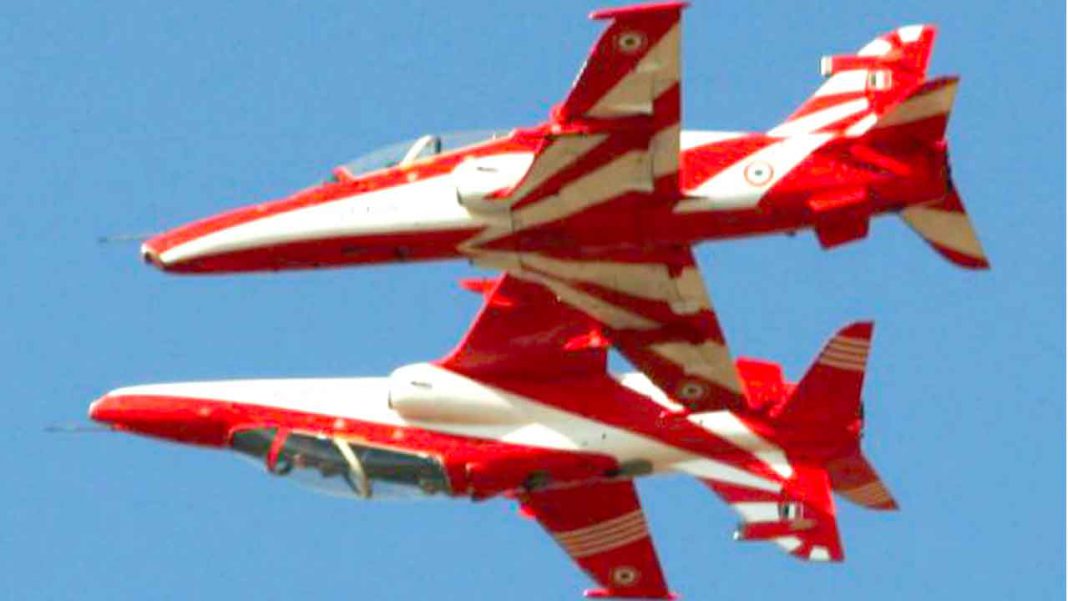 The Indian Air Force’s two Surya Kiran Hawks collided mid-air during rehearsals on tuesday afternoon for the Aero India 2019 defence exhibition at the Yalahanka air base in bengaluru from wednesday.  The two aircraft were practicing spin manoeuvres when the accident happened, eye witnesses said. The two pilots managed to eject from the planes.

The 12th edition of Aero India 2019, an international aerospace and defence exhibition, will be held from 20-24 February at Yelahanka in Bengaluru.