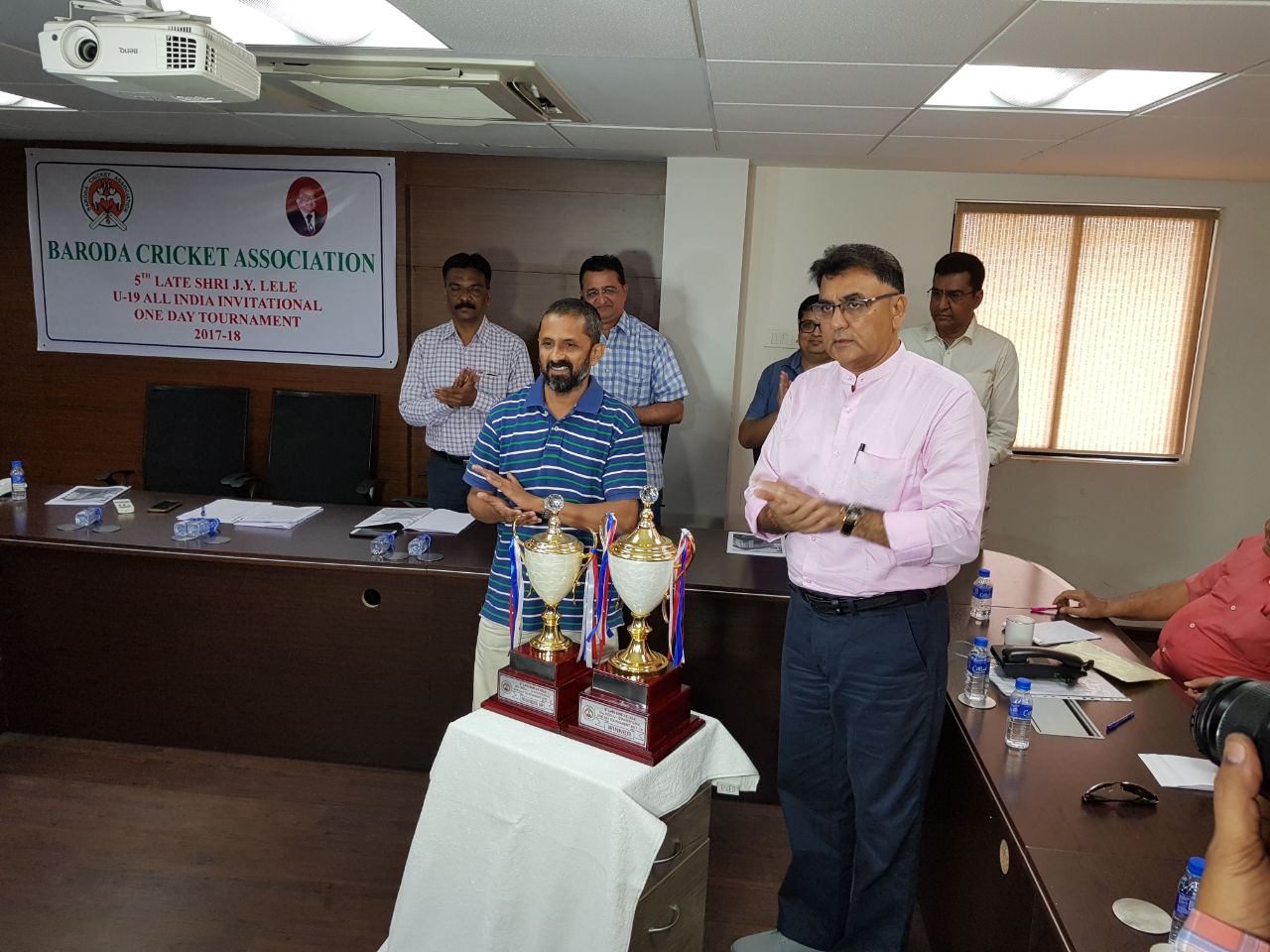 It’s a great moment for the Baroda Cricket Association (BCA) as the 5th edition of the Late Shri J.Y. Lele U-19 All-India invitational one day tournament 2017-18 will be played here in the city. Total 13 state association teams take part in the tournament which is considered to be the prestigious one before the BCCI tournaments starts. One of the highlight of the tournament is Arjun Tendulkar playing in the tournament.

“It’s one of the best tournament as it’s a good platform for the players to perform as after this the BCCI tournaments will start. The performance here give a chance to the players to get selected in the state teams and also important for the upcoming U19 world cup,” said Snehal Parikh Secretary BCA.

BCA will be fielding three teams; Baroda Cricket Association Green, Red and Blue for the tournament.

In the backdrop of U-19 BCCI one day tournament season starting just after Late Shri J.Y. Lele Cricket Tournament, this will be a great opportunity to each State Associations to closely watch the performance of their players. All BCCl A-Ievel senior umpires and scorers will be officiating the matches. Match referees from BCA, who are selected through stringent process, will be given the control of the matches.

SemiFinals and Finals of the tournament will be played with “Third Urnpire” facility which is unique feature for U-19 Cricket. Similarly, scoring of all matches will done through BCA App. Scores will be available on-Iine and will be followed by Cricket fans all over India.

Some of the significant players in U-19 national circuit, who are representing their respective team in this tournament are; 1. Priyam Garg and Shiva Singh, both from Uttar Pradesh CA, 2. Harvik Desai from Saurashtra CA 3. Abhishekh Sharma of Punjab CA. All of them have represented U-19 Indian

At the end of each, match, BCA will be giving away prizes to the Man of the Match of respective games. The prize money for the same will be Rs. 5,000. Guests of honor will be senior cricketers from Baroda and office bearers/committee members of BCA. The prize money for the champions will be Rs. 1, 00,000, Rs. 50,000 for the runners up, Rs. 11,000 for the Man of the Tournament, and Rs. 7,500 for the Best Batsman & Best Bowler.