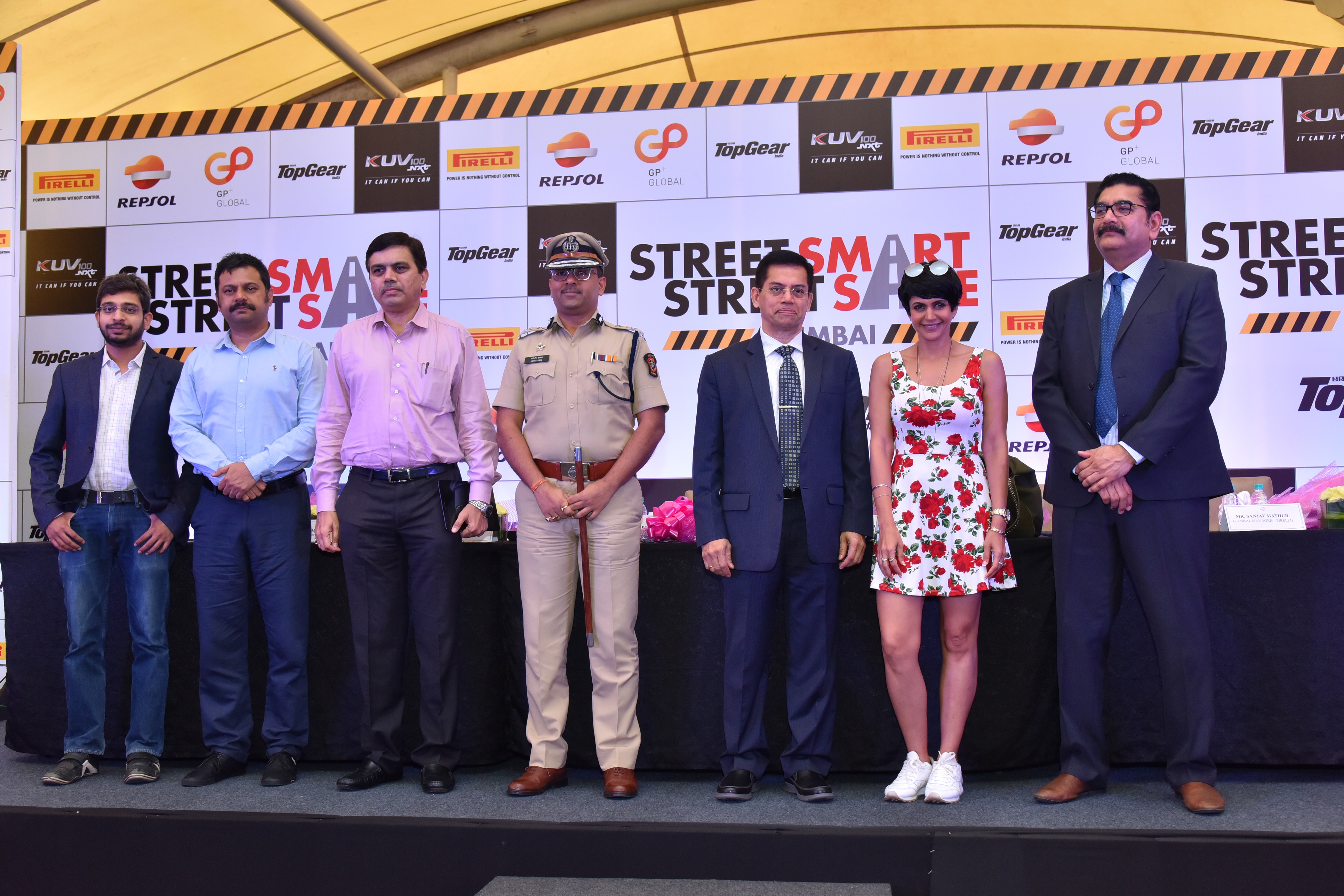 Aim to spread awareness about road and women safety

BBC TopGear magazine hosted the 3rd edition of its road safety initiative ‘Street Smart Street Safe’ with the support from Mumbai traffic police. A panel discussion involving dignitaries from the traffic and transport department and Bollywood actress Mandira Bedi was held at the event.

Speaking about the initiative Mandira Bedi said, “The ‘Street Smart Street Safe’ initiative by TopGear is wonderful and I had associate with it during the launch of its 1st season. This is the second time that I am here supporting this cause. I believe awareness of road safety should not happen once or during monsoon but as a responsible citizen we should do it 365 days. I myself have witnessed people becoming aware of traffic rules since the increase in the Challan fee by Mumbai Traffic Police and my driver is one among those many people. I would urge all the citizens to drive safe not just this week but 365 days of the year.”

Speaking about the need for promoting road safety, Joint Commissioner of Police (Traffic) – Amitesh Kumar said, “The ‘Street Smart Street Safe' aims to reinforce the importance of road safety in a populated city like Mumbai. The number of accidents in Mumbai have risen over the years and with the help of such initiatives, we not only bring awareness but also work towards making a positive change.”

BBC TopGear India aims to raise awareness about road safety and encourage the citizens to contribute in making roads in the city safer to drive. The insightful panel discussion revolved around various topics such as adherence to traffic rules and regulations, overall safe driving and awareness of laws. The panel featured, Joint Commissioner of Police (Traffic) – Amitesh Kumar; Transport Commissioner - Shekar Channe, IG Cyber Crime – Brijesh Singh and Inspector General of Police (Women safety) – Krishna Prakash along with actress Mandira Bedi. The actress also addressed queries related to women safety and various measures that can be undertaken to promote the same and bring about a positive change in the society.

Mandira Bedi has been vocal about various social issues and have actively contributed towards the betterment of the country. She has spearheaded a number of campaigns for women safety. By being a part of ‘Street Smart Street Safe’ campaign she added credibility to the objective of encouraging safer roads to travel and for women.