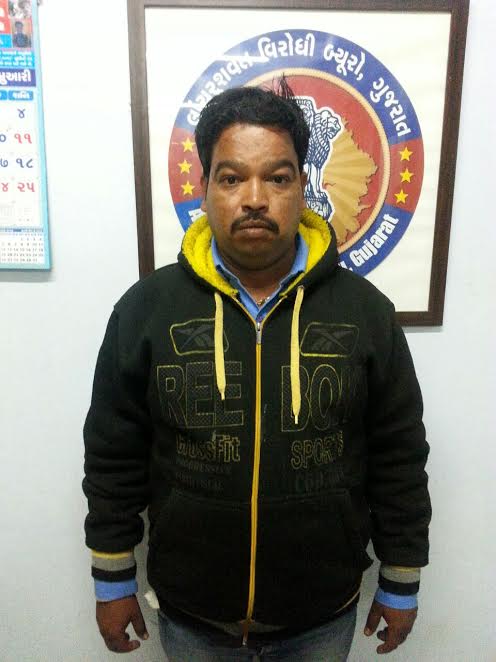 Baroda rural Anti Corruption Bureau (ACB) arrested one accused for accepting bribe money on behalf of the Police Sub Inspector of Dabhoi police station. The deal was to settle down a police case against the elder brother of the complainant.

The ACB received the complaint on its toll free number and acting on that the Baroda Rural ACB laid a trap at 5.45 pm under the supervision of Assistant Director P.R. Gehlot Vadodara. The accused Mayur Solanki PSI Dabhoi police station and second accused Devendra alias Dattu Chandrakant Panchal demand money from the complainant to settle down a police case.

On Sunday the Baroda Rural ACB laid the successful trap and caught Devendra Panchal red handed after demanded remaining rs.20000 and accepted on behalf of accused no.1 PSI Mayur Solanki in the presence of panch. Accused no.1 Mayur Solanki also gave confirmation on mobile phone conversation. The ACB used the audio recorder to trap the accused and recovered the amount from the accused after he was caught red handed while accepting the bribe.