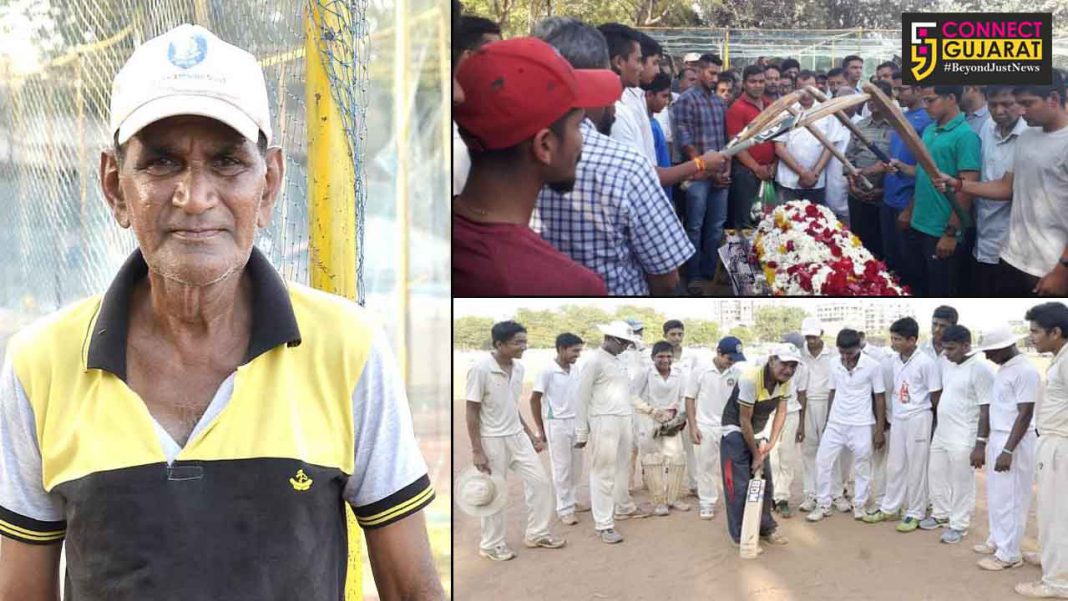 It’s a very emotional day for the cricket fraternity as Baroda lost its favorite coach Pradeep Date on Monday. Fondly known as Date Sir he trained some of the famous cricketers like Nayan Mongia, Atul Bedade, Jacob Martin and many more. The cricketers bid him a unique farewell by raising their bats in his honour.

For the last 45 years Date sir is a well known face in the cricket fraternity of Baroda. At 69 he is best known for producing world class cricketers like Nayan Mongia, Atul Bedade, Jacob Martin to the game. With his demise the game lost a good human being and above all a passionate coach.

As per sources he received injuries on his head after fell down inside his house and was treated in the hospital. He breathed his last on Monday morning left behind a gap never to be filled. The cricketers including Nayan Mongia, Atul Bedade, Deepak Hooda and others gives a unique tribute to Date Sir by raising their bats above his body put for darshan at Hindu Gymkhana.

Date sir trained the players coming from poor families by spending money from his own pocket. With his death the game lost a great mentor who gives everything to the game. His body was taken to Khaswadi crematorium for last rights joined by cricketers and well wishers.