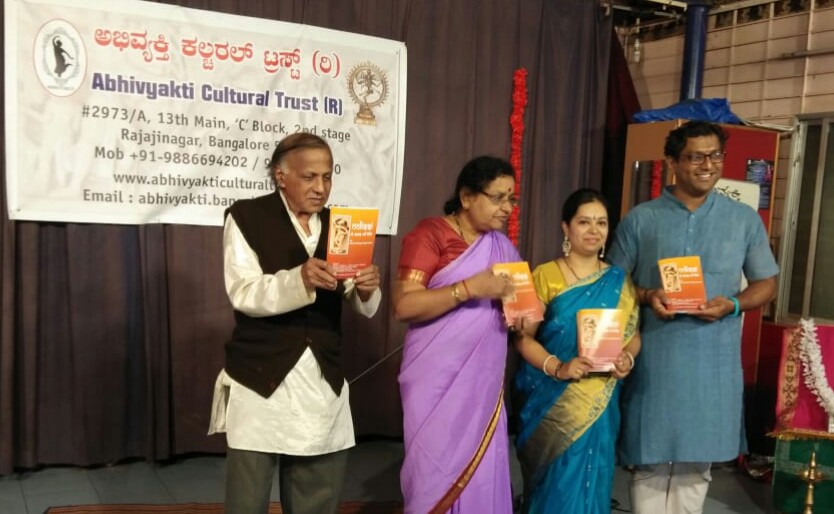 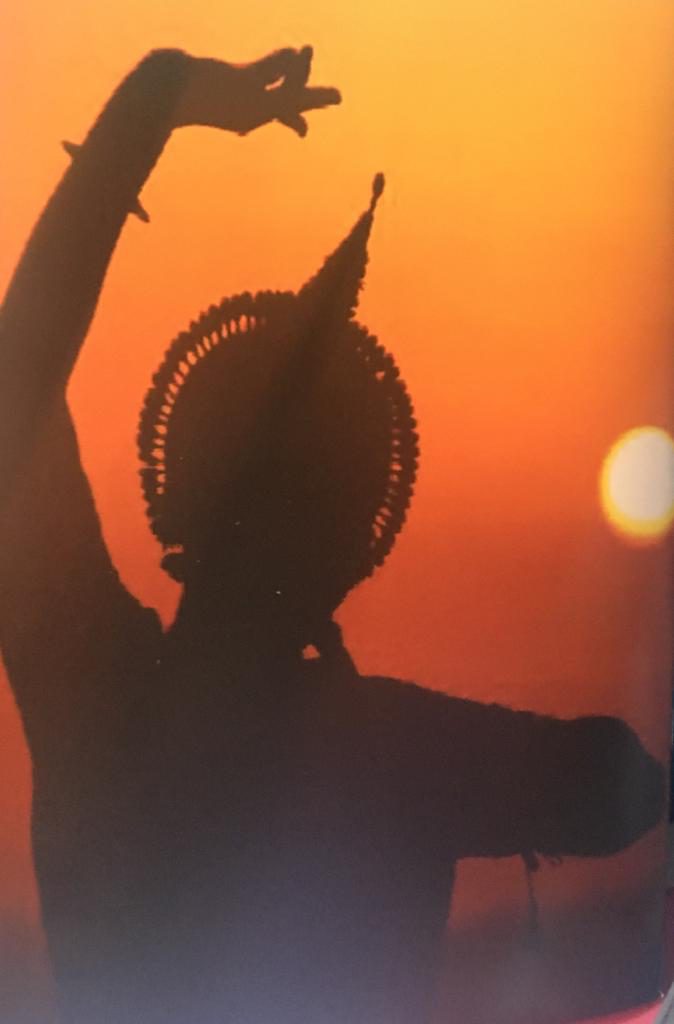 Moving to Bangalore post herwedding, Manasi continues her research trying to get to the roots of the dance form and had finally decide to author a book which can help the generations to come and the aspirants of arts. “Odissi – A way of Life” was launched at “Abhivyakti”, Bengaluru by Veena exponent VidushiGeetha Rao, (All India Radio) and Karnataka Kalashri Guru Dr B.K Shyam Prakash, Principal,Keshava College Bengaluru.

“Odissi- A way of life”, is a simple and straightforward text book and has information that is designed to take through the theoretical nuances of this art form. The book is structured in such a way that it is easy and comfortable to comprehend the technicalities and the peculiarities of this dance form,” said Manasi.

The book aims at progressing in a way that touch upon various topics related to this art form as well. The Grammar is the lifeline of any language and so is the lifeline of any dance form, especially classical. The focus is on the grammar of Odissi dance form. It is important to follow and understand the rules of grammar of classical dance, just like in a language, as it differs from one to the other in adaptability, execution, presentation and in various forms of dance,” added Manasi. 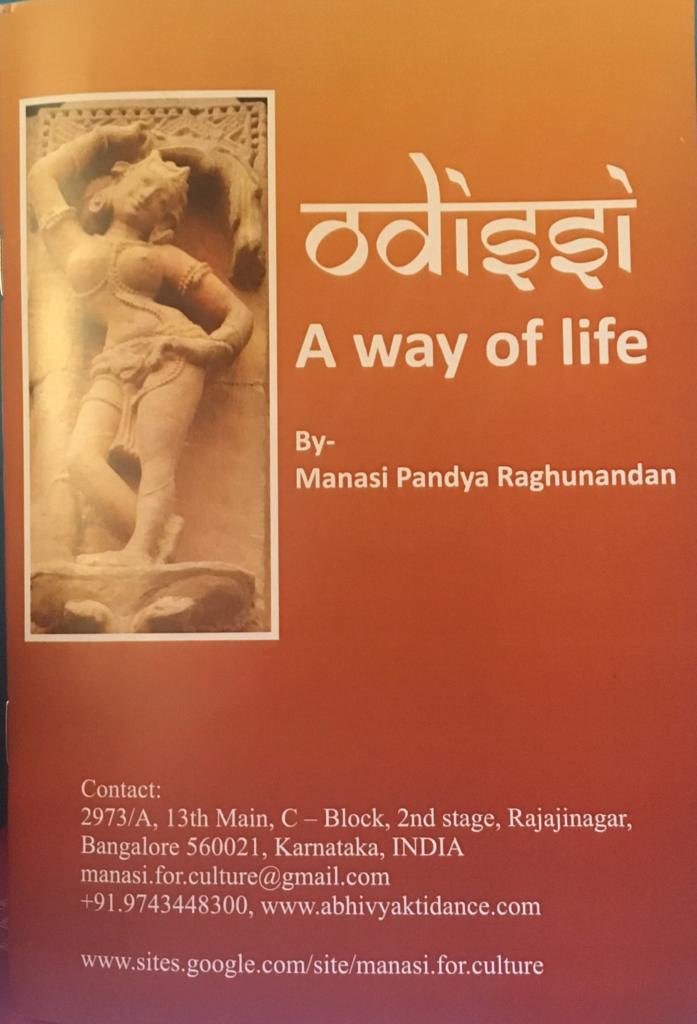 Any insight in performing arts is incomplete without theoretical knowledge. The research work for the book began in 2008 in Odisha by Manasi when she was guided and motivated by Dr Guru Sharad Pandya andSmtNiru Pandya to plan for a book and document the rich traditions for the future reference of the generations to come. She was also inspired by Late Smt. Jaya Pandya for the same. She was further guided by Late Padmashree Guru Shri Gangadhar Pradhan, KonarkNatyaMandap to undertake a detailed research on Gotipua as well.

“The book contains topics such as The Mahari, The Gotipua, The reference to Natyashastra, Slokas and mantras, Repertoire of Odissi and Odissi technique, costumes, ornaments, make-up as well as the Social, cultural and geographical aspects of Odisha and more. The first volume has 182 pages that covers aspects of the Indian dance forms, the origin, history and development and the proofs and references to their existence. From the 3rd chapter onwards the book features the focus to the technical aspects of Odissi, which becomes popular in no time and has reached across the globe. “The research has been a very challenging for me and I aim to still continue as there are lots of details and the rich aspects that need to be touched up,” said Manasi. The book aims at covering the references of other related arts because knowledge of any form of art could be incomplete without knowing a bit about the socio-cultural aspects of its surroundings, she said.

The research was challenging for her as she had to visit the places and interact with the people related to the dance form and other arts. She travelled to cities, villages and schools, temples and caves and other places related to the research. She took the help and inputs from the people like  Late Padmashree Dr Guru Gangadhar Pradhan, Late Guru MuralidharaMajhi – Professor of dance RabindraBharathi university Kolkata, Guru BeerabaraSahoo- GotipuaGuru, Shri Ramani Jena Chhau artist, Shri Shyamhari Chakra, eminent Journalist,  Dr Smt Uma Rele- NalandaNrityakalaMahavidhyalaya Mumbai, Guru Dr Sharad Pandya, Director Purva,Niru Pandya, CO Director Purva, Gurus and senior disciples of Gotipua traditions from Raghurajpur,  Faculties and members of KonarkNatyaMandap, Konark Odisha. 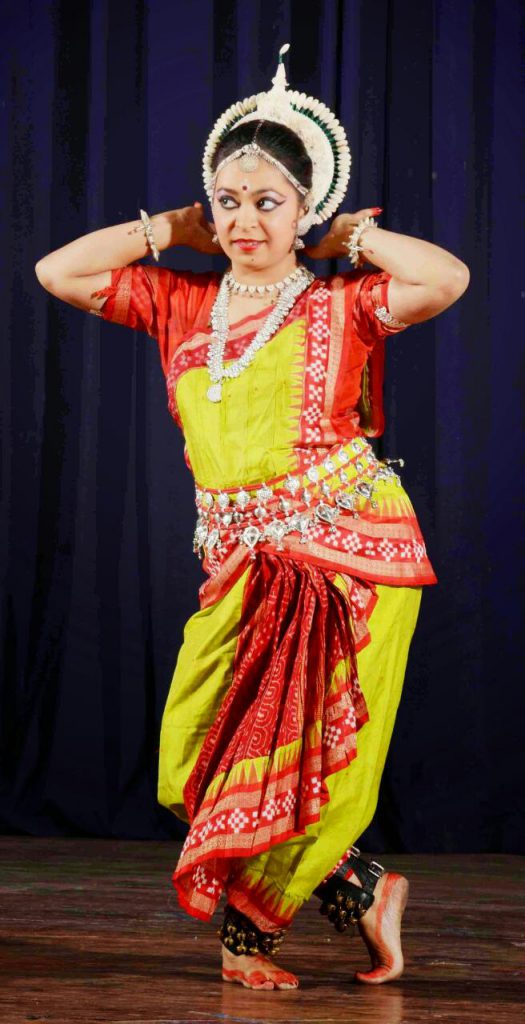 Manasi has done her master’s in Odissi dance from RabindraBharatiUnviersity Kolkata and Master’s degree in English, from Maharaja Sayajirao University, Baroda. She holds a post graduate diploma in French and has authored 2 books so far. She also has authored several articles and reviews and has also had several paper presentations at National and International conferences and has represented India abroad at Spain, France, Pakistan, Mauritius, Brazil, Russia, Ethiopia, Qatar, Serbia, Singapore, Malaysia, Sri Lanka. She has also bagged several awards of national and international repute. She aims at connecting arts to different dimensions of life.

Manasi said this is just the start and second volume of the book will be coming soon with vast details on Odissi dance.