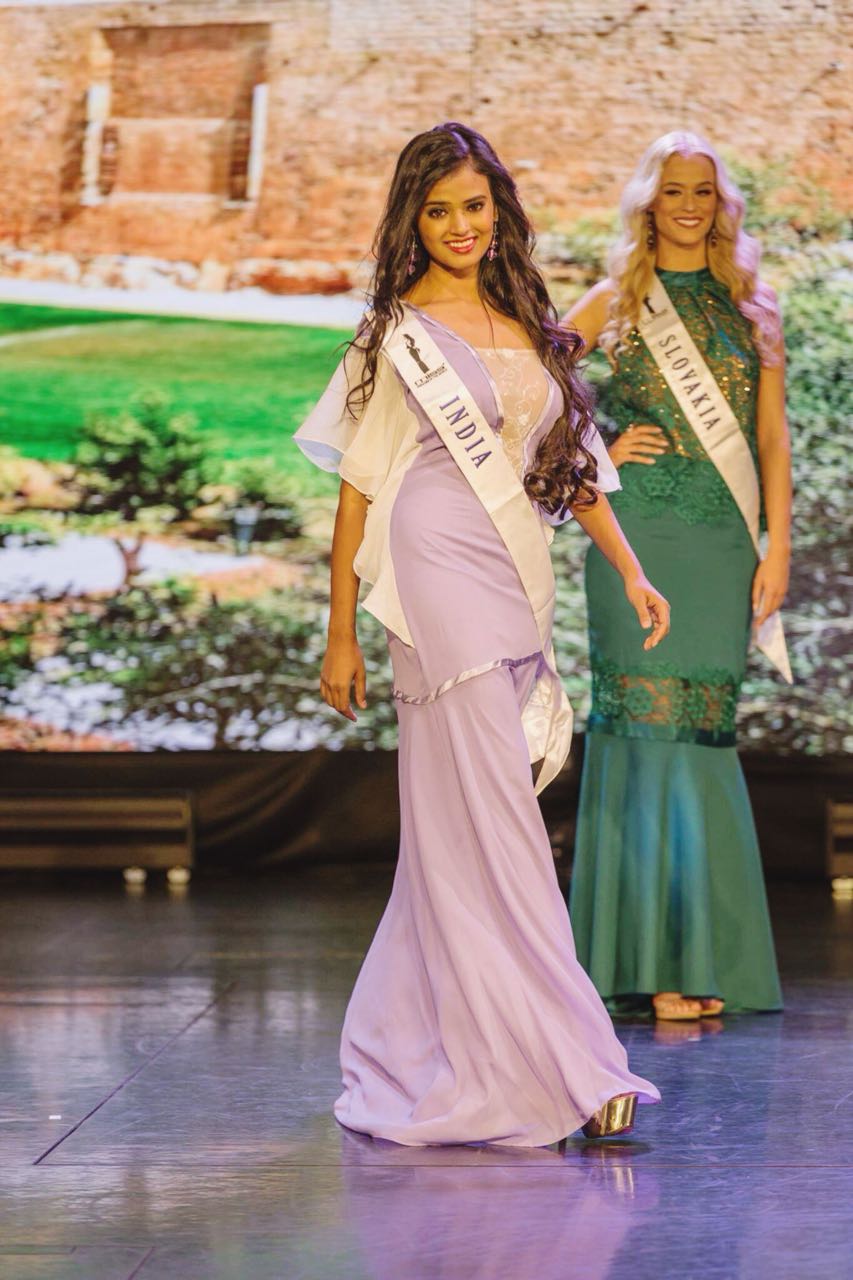 It’s a dream comes true for the Baroda girl Puja Mondal who brings laurels to the city after she was placed 3rd runners up in Miss Princess of the World 2017. Among the 40 contestants from various countries Puja was among top 8 finalists and later went on to place 3rd runner up. Now she wants to make her name in the bollywood and earn fame like her idol Priyanka Chopra.

A 4th year Engineering student of NUV (Navrachana University) Vadodara, earlier she won the title of "APA Miss India 2016 held in New Delhi on 7th Nov 2016 and later got the opportunity to represent India internationally.

“The international beauty pageant was held in the Mediterranean, on board the largest European cruise ship - MSC in Barcelona,Spain. As I am the only from India it’s a big responsibility on me to perform well. Among the 40 contestants from all over the world I managed to enter top 8 and then became 3rd runner up in the final round. It’s a great feeling after the finals when people chant the name India and showed their love towards our country,” said Puja.

There were fashion shows, national costumes and a swimsuit promenade, short interviews, and individual performances on a large projection screen, as well as partner presentations. TV filming for the satellite broadcasts (Europe, parts of Asia, and Africa) are also there during the competition. Puja said it’s a great experience to get the global platform and learns a lot there.

“Being an engineering student I always have the passion for modelling and it’s a privilege for me to represent the country in very first International pageant. Such a global platform and on a cruise liner is something I can’t define in words. The contestants are all good and I learned a lot from them about their culture and other things. The one thing touched me the most was the love for India which I saw and feel during the competition,” said Puja.

Now Puja is eyeing to complete her studies first and then turn attention to the glamour world of bollywood. At this young age she also involved in various social activities and wants to continue it.

“It’s my final year in engineering and first priority is to complete my studies and get the graduation degree. Later I will concentrate on bollywood and try to conquer my dreams to earn fame like my idol Priyanka Chopra listed in top ten most powerful women in the world. Besides my career i will continue work on a social cause ‘Beti Bachao Beti Padhao’ and save girl child. It’s my passion and a step towards make the girls self independent and empowered,” said Puja