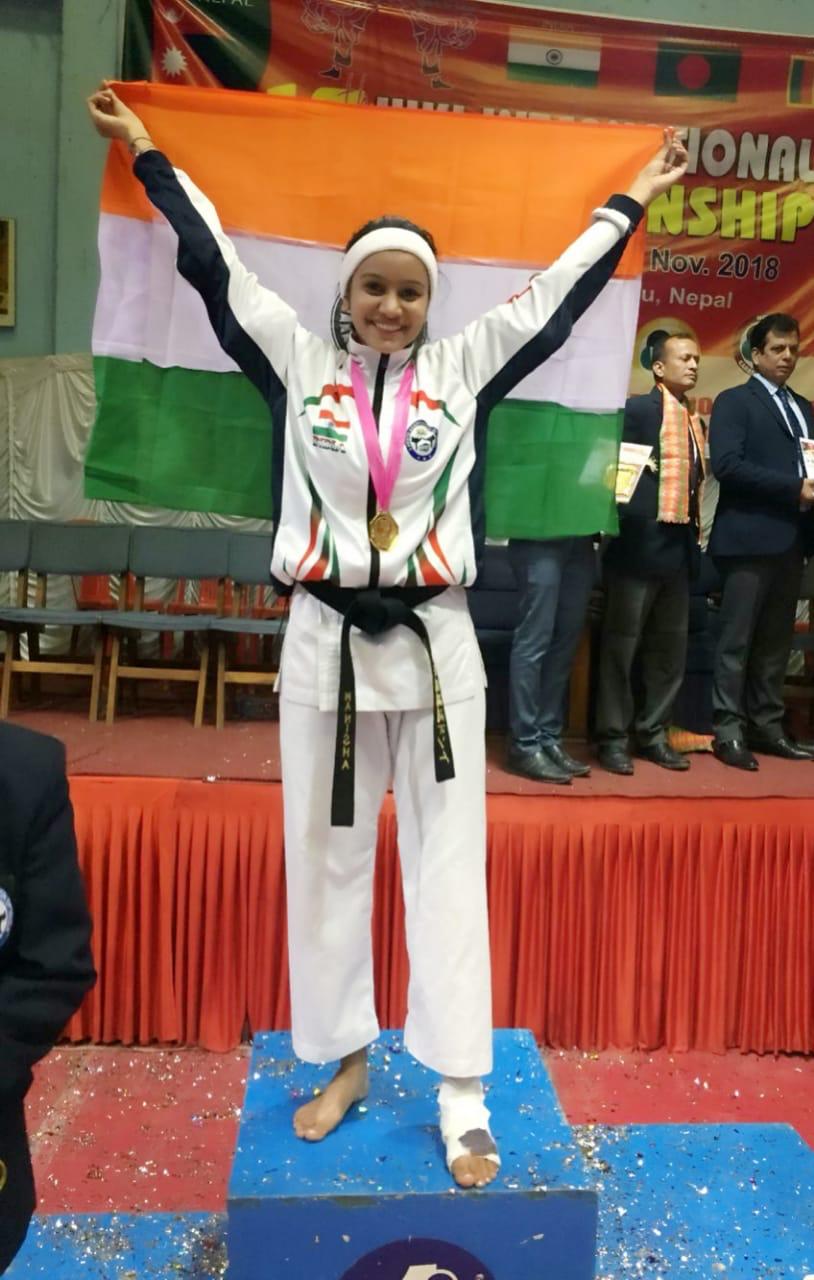 A karate player from Vadodara Manisha Bharatbhai Mali brings laurels to the city after winning her first gold medal in International Tournament at Kathmandu. The feat was special for her as she fought with injured left feet and beat her opponent in the final to win the championship.

As a player she left for Kathmandu with injury in her left feet and find in hard initially to move around in the championship. But her passion towards the game kept her going in the tournament and at the end she won the gold to make her family, city and country proud. She won gold medal in 16th WKI International karate championship - 2018 at Kathmandu, Nepal beating the player from the host country.

"The freak accident before the tournament left me tensed and I don't want to miss the flight. My feet swelled but I went and attend the tournament. During my matches the swelling was more but the passion inside me pushed to the limits and I won my first gold on foreign land," said Mali. Earlier she won national gold at Daman and in 2016 earn the title of Miss Champion of Champions.

At the age of 9 she started training in Karate and since then never looking back in her career. The sport which starts as a hobby is now a career option for her as she continue to train hard and eyeing bigger platform to showcase her talent.

"I am living my father's dream as he always inspire me to become a karate player. The passion towards the game help me moving forward and now I am eyeing Commonwealth, Asian and finally the 2020 Olympics to win gold for the country," said Mali.

She is also pursuing her Architecture third year from MSU and wants to continue both the fields as careers. "I managed both karate and studies at the same time as I plan my schedule accordingly. My family wants me to continue in studies and I don't want to let them down. However if any point of time in life I have to choose between the two then definitely I go with Karate," said Mali.

Manisha is also eager to teach the girls self defence technique to move fearless in the society. "I also teach karate to students and specially wants the girls to learn it as a self defence technique. In this bad world the girls must move freely outside and that gives a sense of satisfaction to the parents at home. I specially want to teach karate to the rural girls as they are more prone to such women related crimes in the society," said Mali.