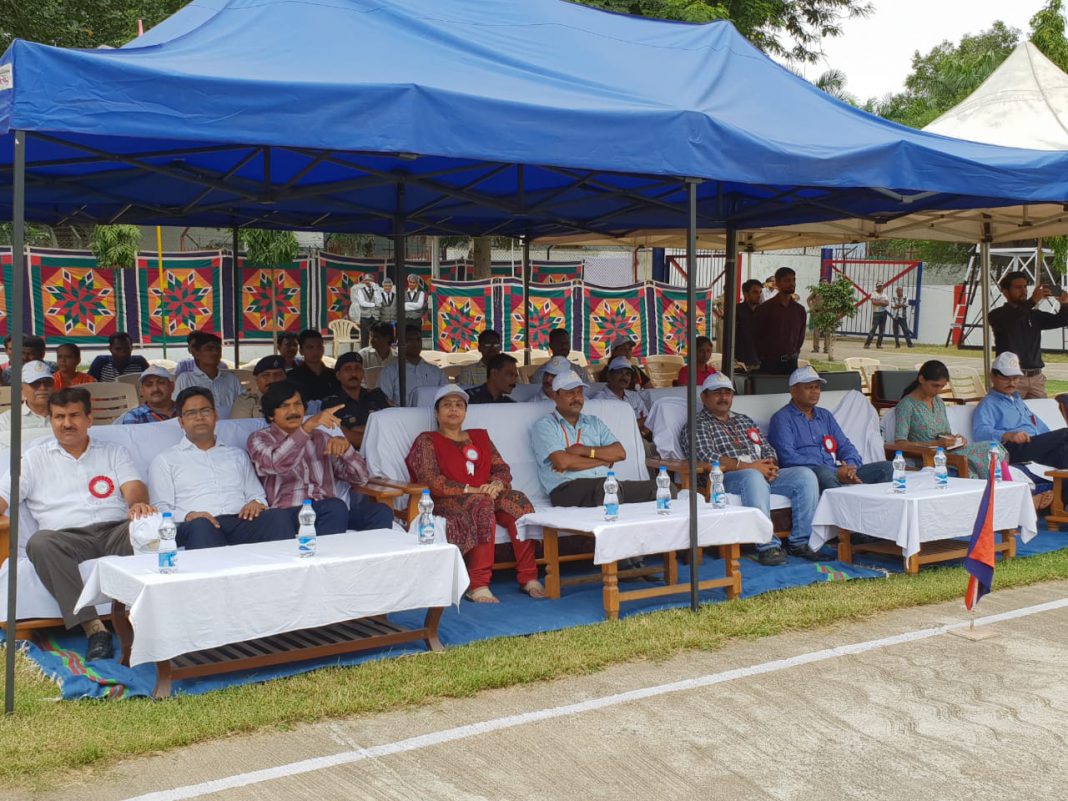 CISF is celebrating its golden jubilee year after completing 50years in service for nation. As part of it the Baroda IOC (GR) unit organise 5th West Sector Inter Unit Volleyball tournament at their campus. Total eight teams from Jhanor, Mehsana, Ahmedabad, Nashik, Mundra, Mumbai,  Gandhar and Vadodara play with each other in the three day tournament.

The aim to organise such event is to encourage sports and upliftment of individuals. Sports is the best and powerful medium to bring people of different races together. The meritorious sportspersons is recruited by CISF and has it’s national team at various sports. The teams regularly participate in national and international tournaments and spread the sporting culture in and outside the service.