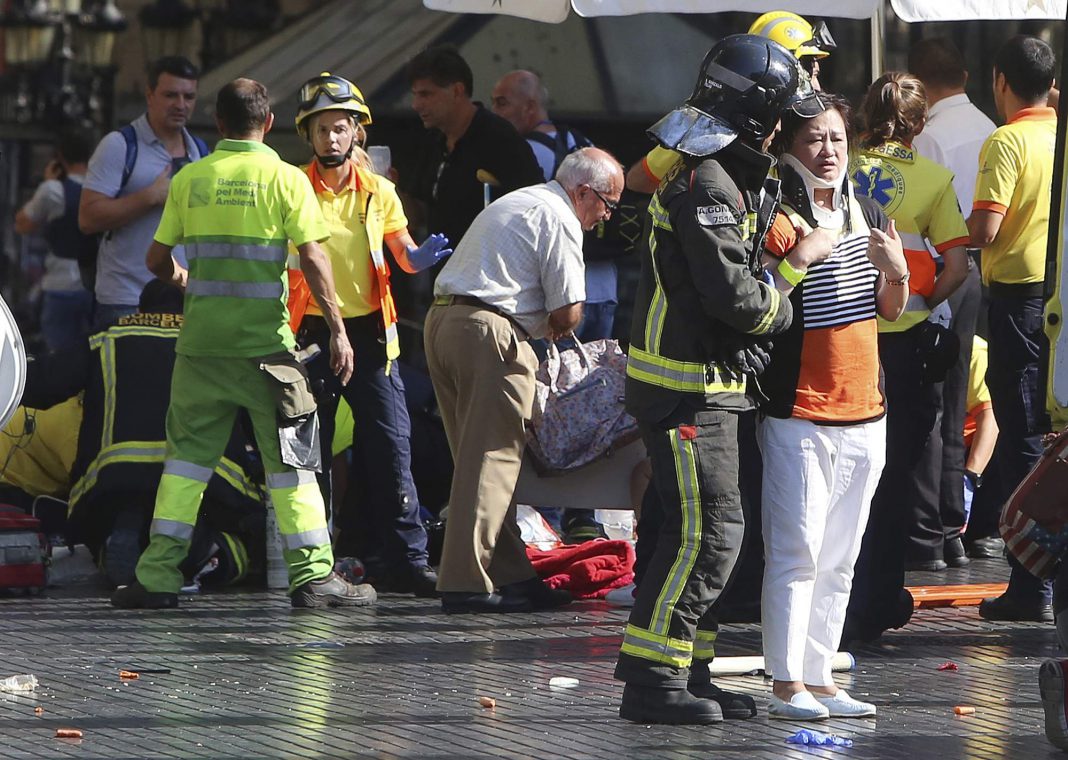 Citizens from four Asian countries China, Pakistan, Taiwan and The Philippines were among the over 100 people who were injured in Thursday’s terror attack in Barcelona, the Catalonian Interior Ministry said on Friday.

At least 13 people were killed when a van ploughed into pedestrians along the Las Ramblas boulevard on Thursday afternoon. The Islamic State (IS) terror group has claimed responsibility for the attack.

Two people are currently in custody but the person who was driving the van is still at large, the police said.

Taiwan’s official Central News Agency reported on Friday that two Taiwanese nationals who were part of a tour group were lightly injured.

China has also confirmed a victim from Hong Kong received minor injuries as a result of the attack.

Authorities in the Philippines confirmed that four members of an Irish-Filipino family were injured in the attack in Barcelona, which is home to around 20,000 Filipinos.

In addition to the Asian nationals, authorities have reported people of various nationalities, including Spanish, French, German, Dutch, Argentine, Venezuelan, Belgian, Peruvian, Romanian, Irish, Cuban, Greek, Macedonian, British, Austrian, Canadian, Ecuadorian, US, Kuwaiti, and Turkish, who were among the injured.

Joaquim Forn, the head of Catalonia’s regional interior ministry, told the media that 15 of the injured were in serious condition and that the toll is likely to rise.