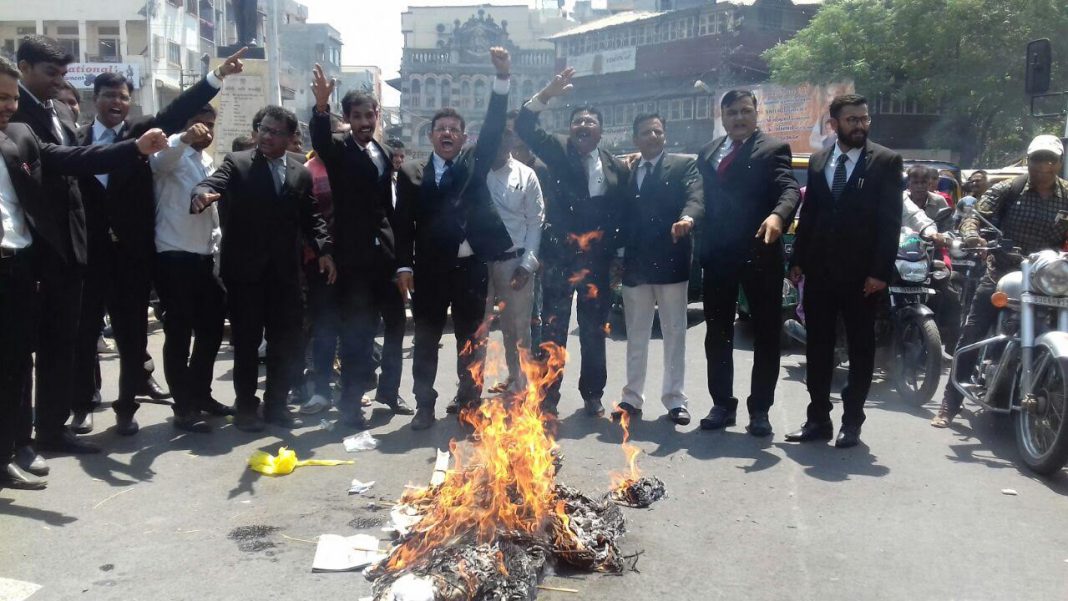 Vadodara Bar Association members on Friday burn the effigy of Bar council of India Chairman Manan Mishra in protest against his proposal at the central level. Mishra proposed before the Law Commission to cancel the Sanad of the advocates involved in any protest or other things. Manan Mishra proposed before the Law Commission that advocates involved in any protest and away from the regular court activities and raise voice against the law system will be considered as misconduct. He proposed that the certificate of practice of the advocates will get cancelled and action be taken against them. “The proposal to cancel the certificate of Practice is not good for the advocates as they get it after years of practice and hard work. The proposal was totally against the advocates and can kill the profession. We burn a effigy of BCI President Manan Mishra as he is like dead to us and we take part in his last rites,” said Nalin Patel
President Vadodara Bar Association, Vice Chairman Bar Council of Gujarat.

The Vadodara Bar Association called for a one day away from the court but the proceedings continues normally.