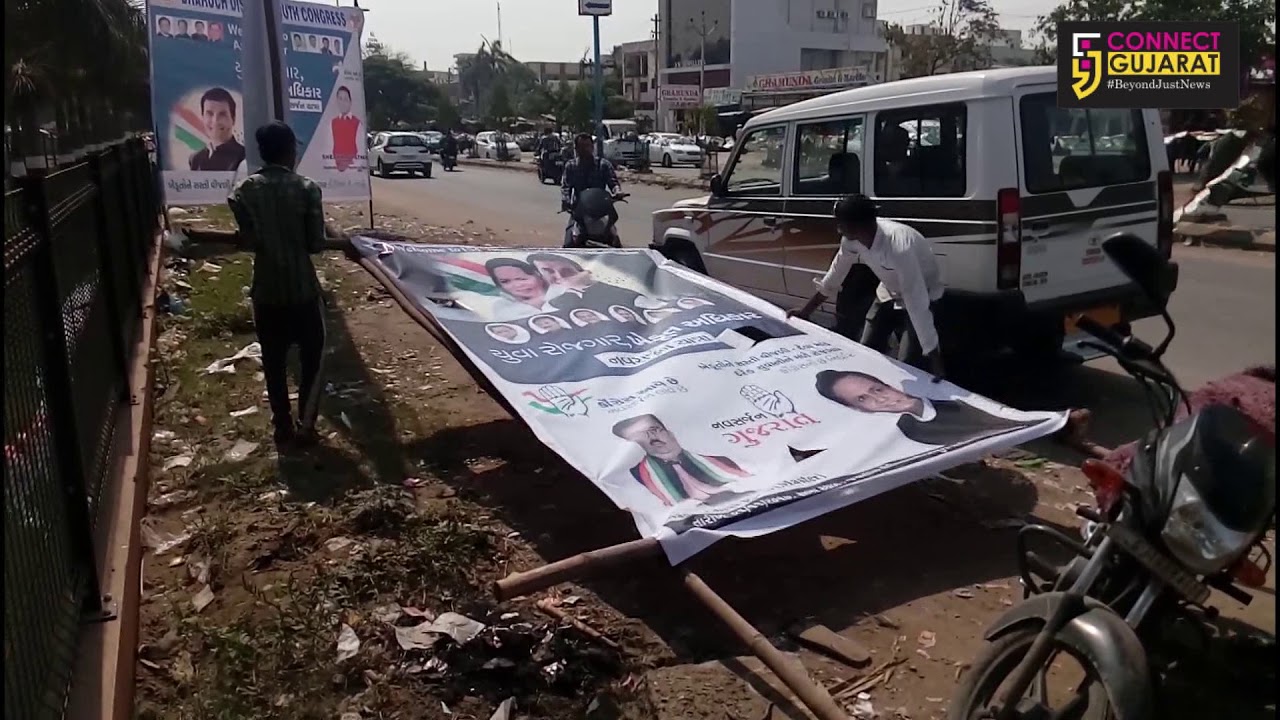 Rahul Gandhi is about to arrive in Ankleshwar to adress the public meeting near Valia chowkdi. He started his first day of Navsarjan Yatra from Jambusar and adress people in three public places enroute. However the administration removed the posters from the Valia chowkdi meeting place which angered the Congressmen.