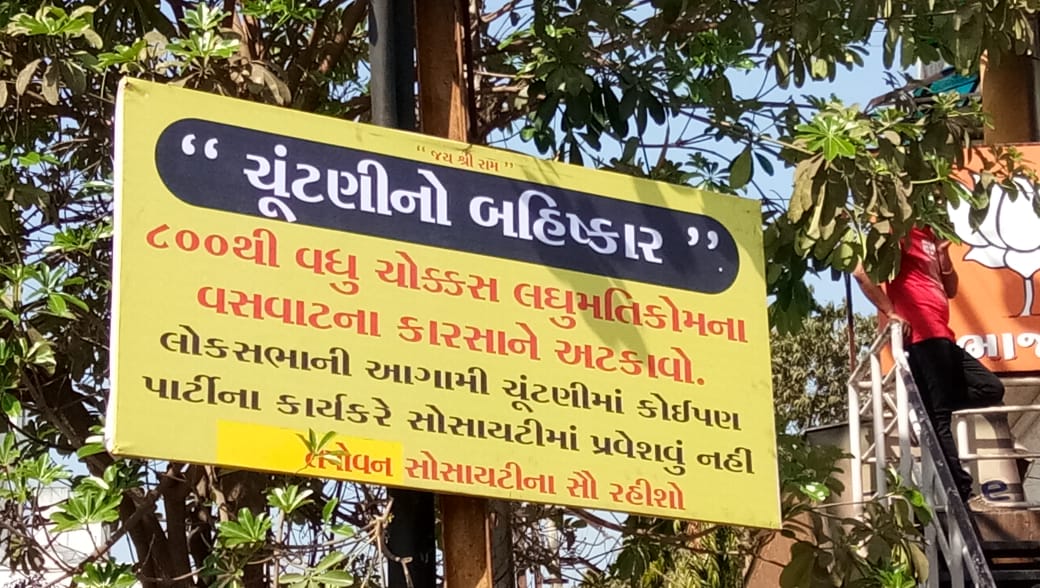 Locals protest against starting of construction site over crematorium ground of Dalits.

A banner of boycotting the election put up in the Nizampura area of Vadodara city creates quite a row on Monday morning. The locals protest against the starting of construction site by a builder group over crematorium ground of Dalits. They also give a memorandum in this regard to the collector. 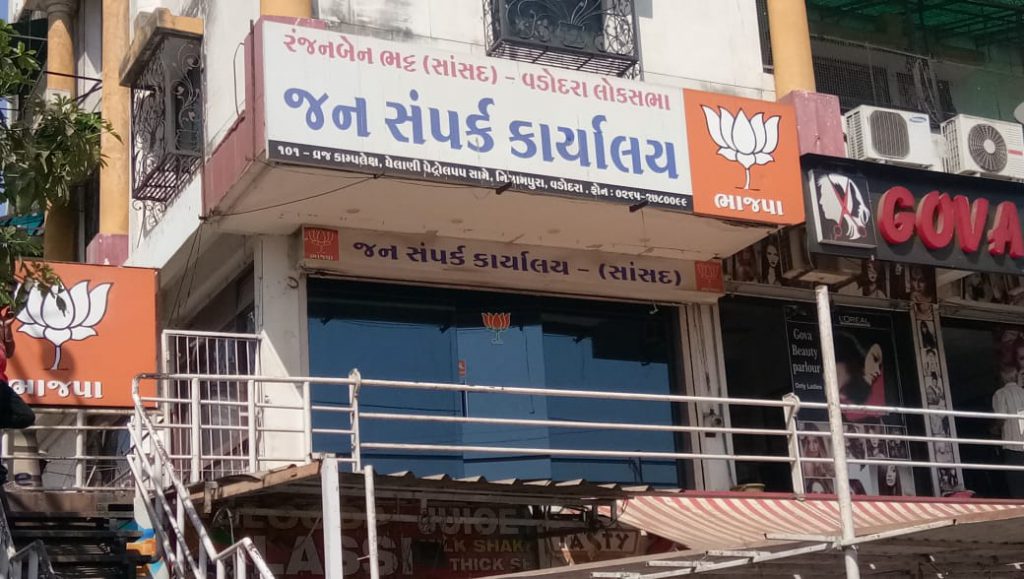 VMC former mayor Bharat Shah said dalit samaj people lives in Sanidhya society in the Nizampura area. 70 other societies like Suryodaynagar,  Punit park,  Bhavanipura, Tapovan are situated nearby.  A Gauchar land no.  957-2 situated near the society and Gorwa Gram Panchayat gives it for factory at that time.

Later dalits used it as crematorium for years but some minority people make papers and starts construction there which irked the locals.  They protest against the construction and gives a memorandum to the collector. 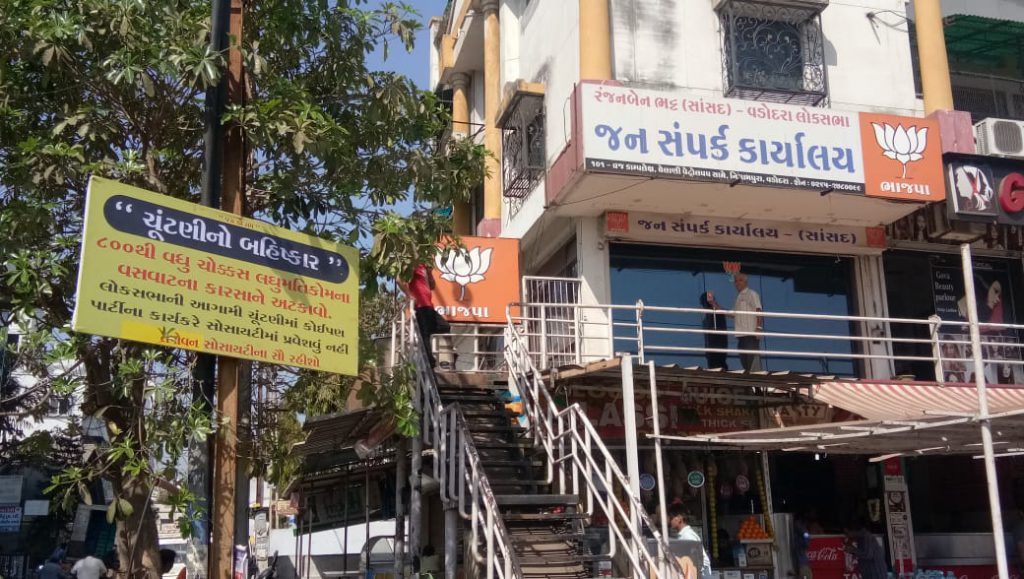 They also threaten to boycott the elections and also put up a banner in the Nizampura area.  The locals said earlier they approached couple of times for vacant the land and again they represent the same matter to the officials.  They threaten to intensify their stir if the issue is not resolved at the earliest.