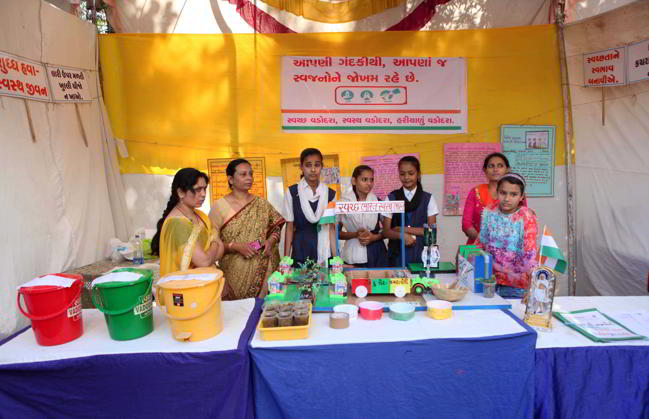 Sports Minister Rajendra Trivedi along with Mayor Bharat Dangar and other dignitaries were present at the inauguration where Bal mela President Anam Fatima Pathan and other started the three day mela. This is the only Bal Mela organised for the last 45 years in Vadodara to showcase the creativity of the students. Social, Cultural, Science related projects are on display along with fun elements to show the creativity with a fun element.

Sports Minister Rajendra Trivedi said that the Bal Mela kept it’s tradition to showcase the children power and the girls in prime show their power ahead of the boys. He requested the Barodians to visit the Bal Mela and boost the confidence of the students showcase their creativity.

He further added that if the children get confidence since childhood then they become source of inspiration when they are adults. He said that every year the children studying in Nagar Prathmik Shikshan Samiti schools bring something new and as an example of their hidden talents a student from the same school Ravi Parmar is a IAS officer now. He requested the teachers to be like mothers of the students to understand them and give them quality base education. Gunotsav is the example where the efforts of the teachers changed the schools.