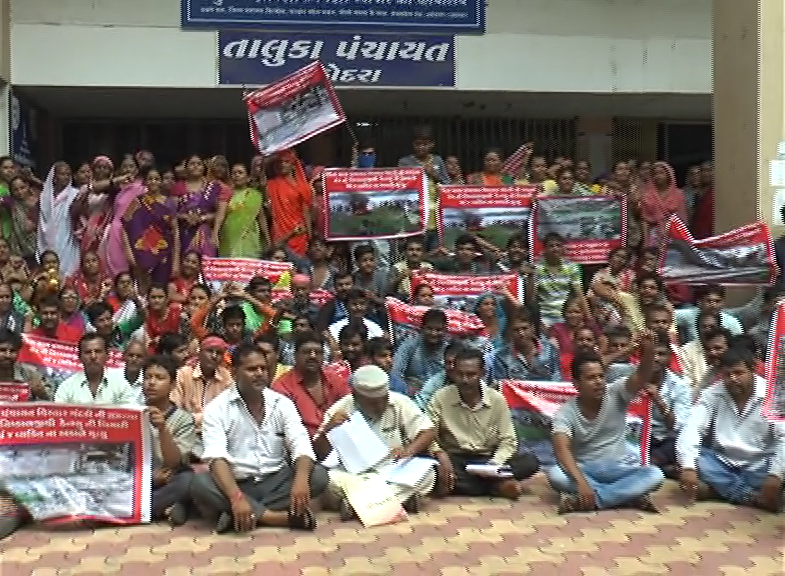 The residents of Bajwa on Wednesday reached the Taluka Panchayat office in Vadodara in protest against the Undera Gram Panchayat for not addressing their grievances regarding wastage, drainage which leads to four dengue deaths in one week. The residents protested against the panchayat and threaten to go on hunger strike.

On Monday eight months pregnant Kanchan Daima 26 living in Bajwa area died of Dengue during treatment inside SSG hospital. The locals said that in the last one week four people died due to dengue in the area and the primary reason is the problem of cleanliness there. They accused the Undera Gram Panchayat for not addressing their grievances regarding cleanliness and drainage.

On Wednesday the residents including women from the area reached the Taluka Panchayat office in Vadodara in big numbers. They raised slogans against the Panchayat and threaten to go on hunger strike if their issues are not solved.

“We are facing the problems for so many years and every year the area became house of diseases. This year also the Bajwa area is facing problems of extreme filth and wastage there. The drainage problem is also severe and that leads to dengue and other cases in the area. The Undera Gram Panchayat is not listening to our requests and turnind blind eye towards us. We request them to solve the issue as early as possible or we will sit on hunger strike in coming days,” said one of the residents.

In the last one week four people died due to dengue and many others are still suffering. One of the residents said that till date 40 positive dengue cases are there in the area including four fatal ones. They said the filth is increasing day by day and the administration is not taking it seriously. They also making fun of the PM Narendra Modi cleanliness mission and invite him to see what they are facing. The residents threaten to go on hunger strike and also decide to boycott elections.