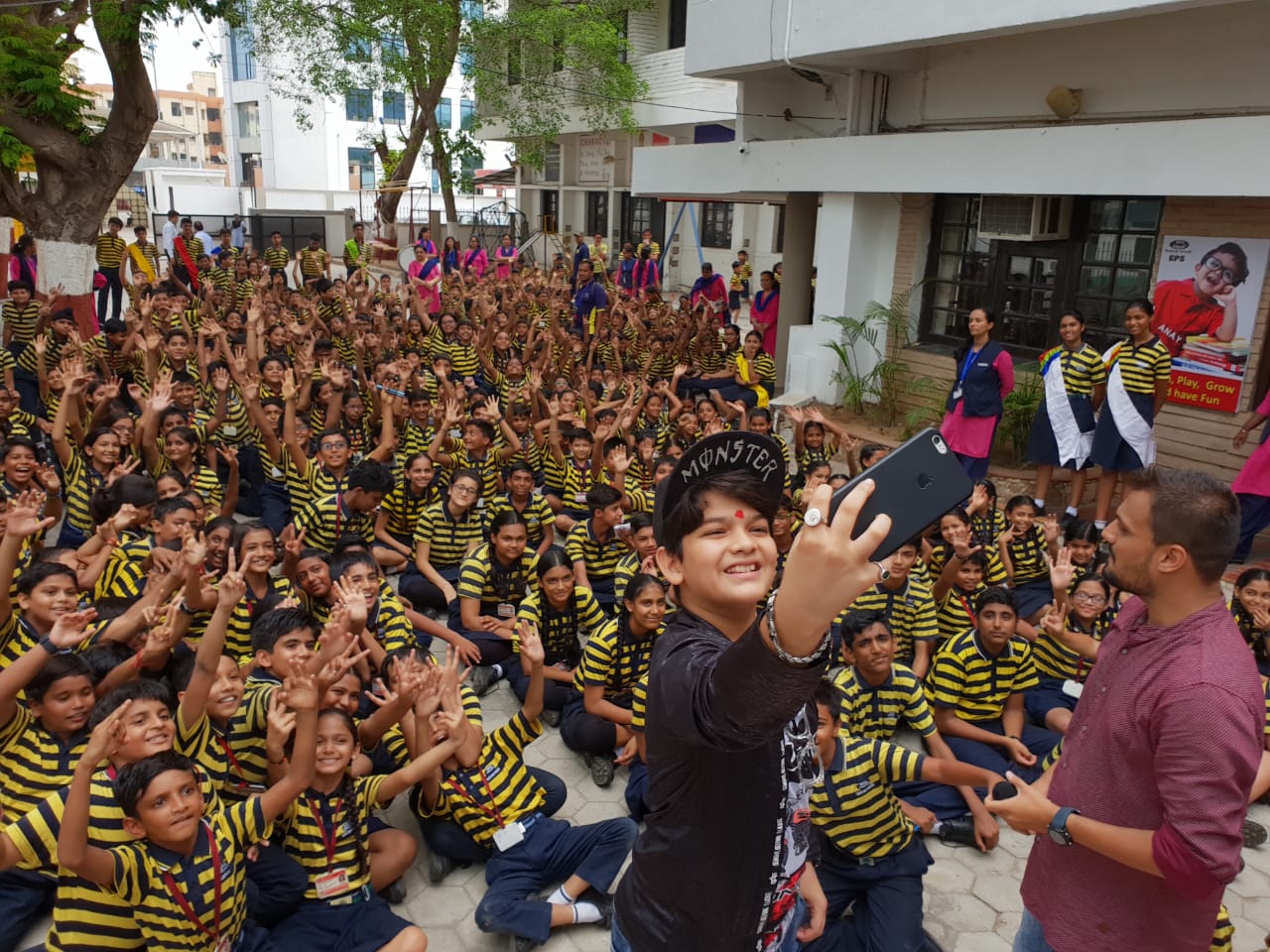 Clicked selfie and spent time with them

After the success of ‘Bas Ek Chance’ the makers once again coming with new Gujarati film 'Back Bencher' scheduled to be release on 20th July. which they claimed to be different from the rest. The film is education based story revolving around a student and gives a social message to the parents.

Veteran theatre actors Dharmendra Gohil, Ami Trivedi plays the lead role in the film along with child actor Krish Chauhan from Vadodara. On Monday it is a nostalgic moment for the child actor as he visit his school Gujarat Public School and interact with his classmates and other students.

"It's a moment of lifetime for me as I met my friends who helped me in my studies when I was away from school busy in shooting. I take the opportunity to thank my friends and teachers to help me and achieved the success in life," said Krish Chauhan.

The film is education based story gives a strong message to the parents and society. 70% of the shooting was done in Vadodara on various locations and the makers also designed a modular set for the film.

“We came up with a different story in the film which relates to the audience as it is based on education and gives a message how to treat your children and the best way to educate them. 70 % of shooting is done in Vadodara and we use VFX, movable set and latest Hollywood like technology in the film with total budget of 2.5 crores,” said Kirtan Patel Director of the film.

The USP of the film will be the fantasy children song Maru Akash and another one Cycle Mari will take the young generation into the past. The film will release in 25 plus countries and first Gujarati movie to release in Southeast Asia.