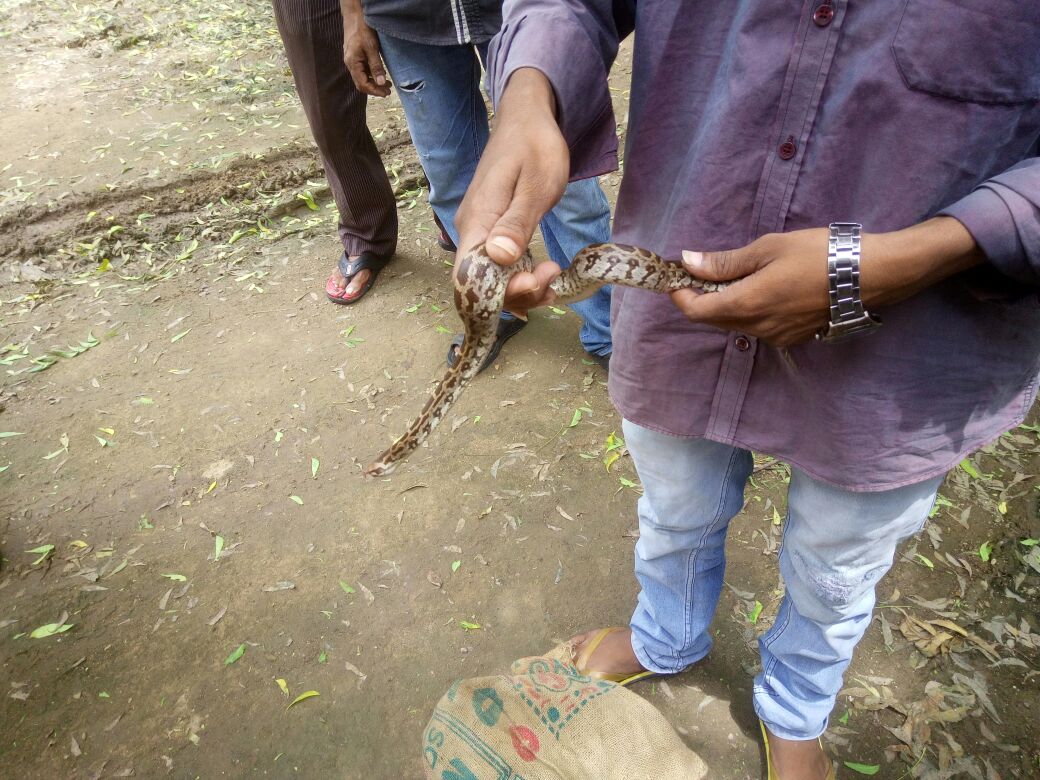 Today on Saturday morning the members of GSPCA received a call from Chapad village about a snake and they reached the spot to fins a baby rock python. The team rescued the python falls under Schedule 1 and handover it to the forest department.

The team received the call at 11.55am from the village about the snake and they reached the spot to find baby rock python instead. They rescued it and handover to the forest department. 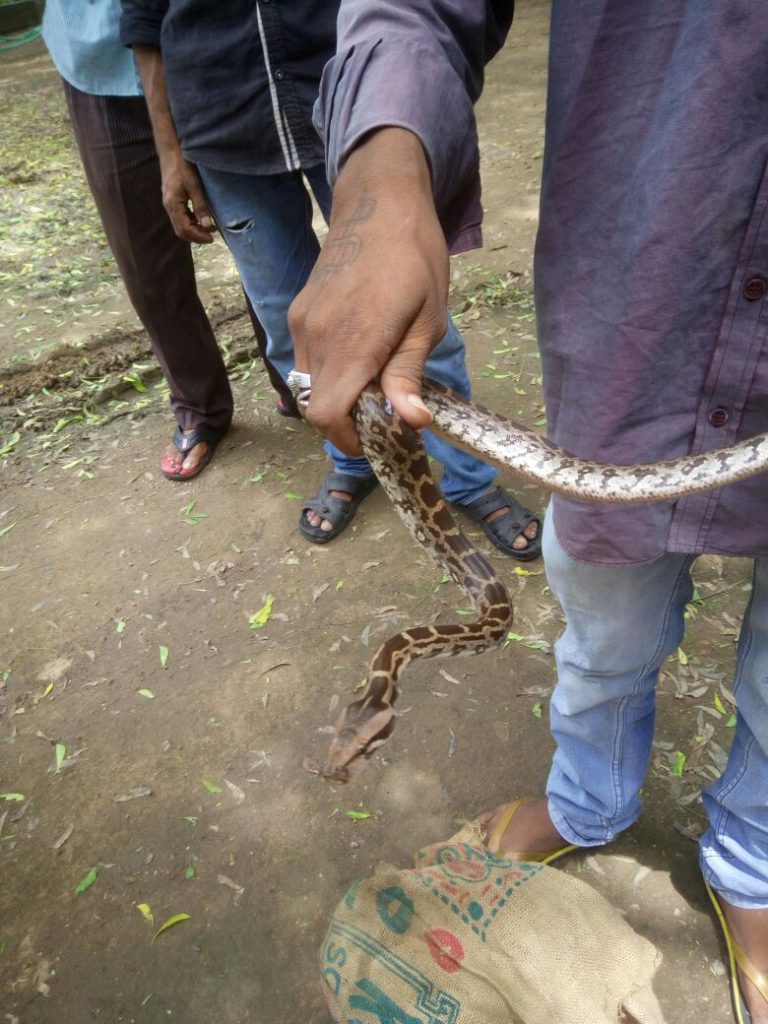 “After the call we informed the forest department first and then reached the spot. We see the Schedule 1 baby Rock Python trying to move on slippery tiles. We rescue the baby python about 2.5feet long from there and handover it to the forest department. The python was seen long after one year gap and slowly become rarely seen in the city area,” said Raj Bhavsar from GSPCA.