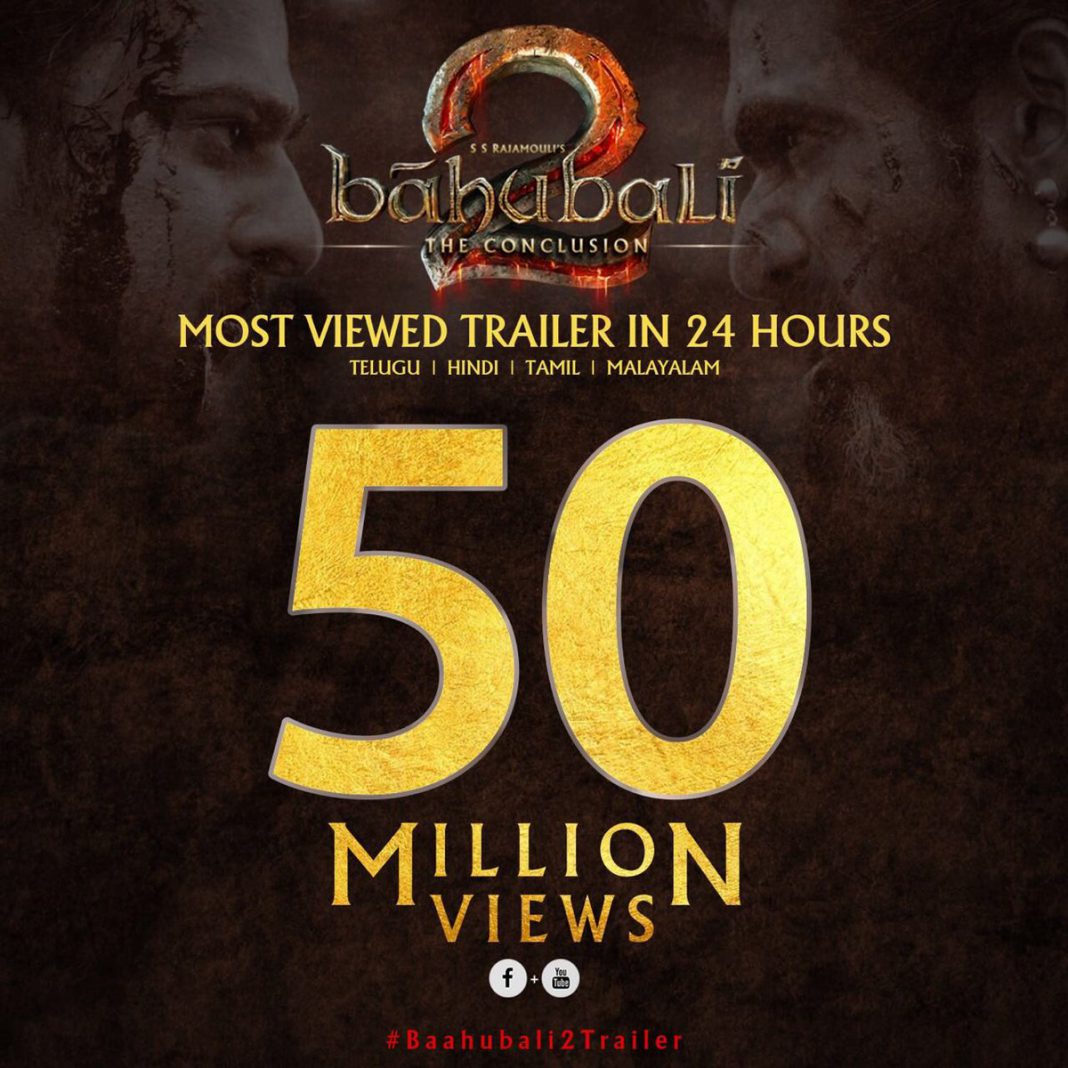 In just 24 hours since its release, the highly anticipated trailer of “Baahubali 2: The Conclusion” has clocked a whopping 50 million views across four languages and has become the most viewed Indian film trailer.

Filmmaker Karan Johar, who is releasing the Hindi version of the film, tweeted on Friday: “Truly the biggest trailer ever. 50 million views. ‘Baahubali 2’ trailer.” On Thursday, despite an early leak, the film’s trailer was released in Telugu, Tamil, Hindi and Malayalam. In no time, the trailers became viral online.