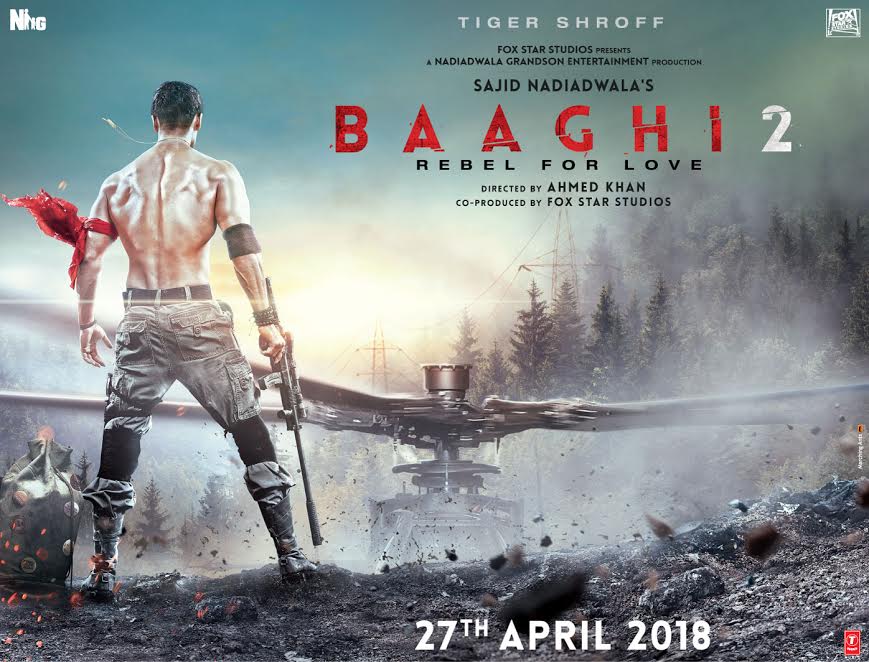 Tiger Shroff starring film Baaghi 2 will be releasing on 27th April 2018 next year. The film is produced by Sajid Nadiadwala and directed by Ahmed Khan. Tiger Shroff released the first look of the film and the action drama is eagerly awaiting film of next year.

The first look of the film is impressive and one can expect the double dose of action and drama like the blockbuster of 2016 with Tiger shroff and Shradhha Kapoor in main lead.

The film is expected to show Tiger Shroff perform daring stunts which never be seen earlier. The film Baaghi 2 is presented by Fox Star Studio and Nadiadwala Grandson Entertainment.