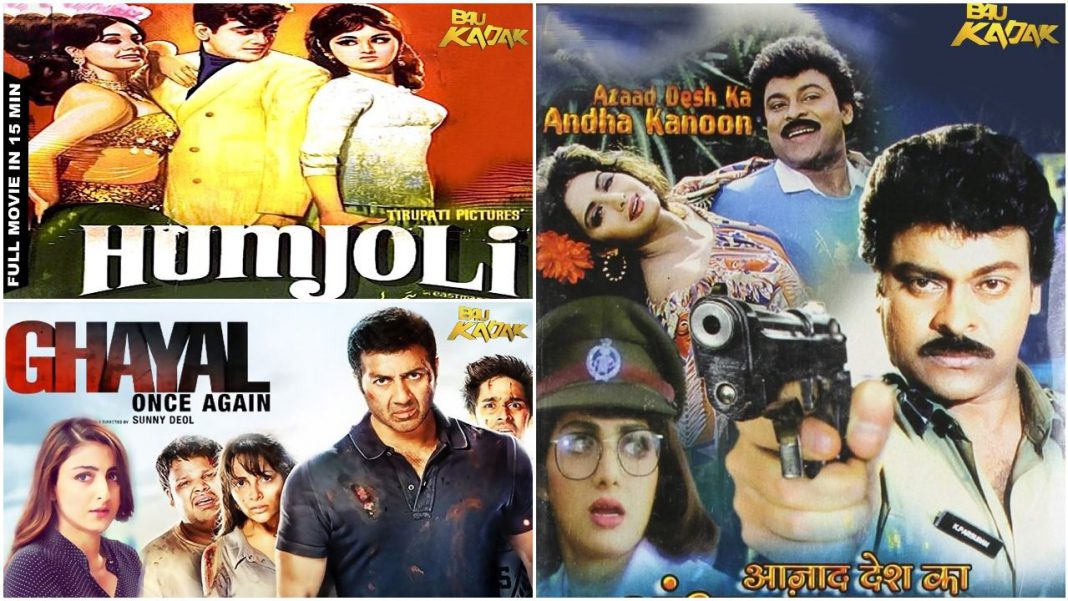 The new launched film channel B4U Kadak is coming with blockbuster action packed September for the audience. The viewers will see superhit South Indian and bollywood blockbusters for the whole month.

The channel’s performance and viewership has grown aftet the launch and became audience’s first choice as country’s number one film channel for the past three consecutive weeks. B4U Kadak will be broadcasting 101 world television premieres including popular Bollywood and South Indian dubbed films. The Channel shows movies in the slot from 6am to 10 pm.

According to the sources of B4U network, just like last month, the month of September is going to be very special for the audiences because B4U is going to broadcast super hit South Indian films like Durga IPS, Azad Desh Ka Aandh Aadan, Hamjoli, Prithvi, Fateh, Aan, Chori Mera Kama, Ishq Ki Aag, Ghayal Once Again and in its 8 pm slot.

Superstar of south Indian movies, Chiranjeevi and late veteran actress Sridevi were seen in the lead role in the 1994 film Azad Desh Ka Andha Kanoon. The film revolves around an honest police officer whose brother gets trapped in a blue film scandal. What makes the movie interesting is the role of famous south Indian comedian actor, Bhramshankar, who successfully provides many comic reliefs to the plot.

Apart from this, the popularity of Sunny Deol starrer Ghayal Once again is hidden from anyone. Sunny Deol can be seen once again in the sequel of 1990 film Ghayal. In the movie Ghayal Once Again, four teenagers accidentally record a murder involving a famous personality and fall into trouble as a result and Sunny Deol is seen once again fighting for injustice and corruption.

In the year 2004, the film Aan, adorned with stars like Akshay Kumar, Sunil Shetty, Raveena Tandon, Shatrughan Sinha and Paresh Rawal. The film was successful in entertaining the audience in theaters for several days. Similarly, films like Prithvi, Fateh, Chori Mera Kaam, Ishq Ki Aag and Barsaat worked to attract viewers in every way.

However, it is interesting to note that, B4U is famous for broadcasting films that have never been seen on the TV channels in the past. The craze of Hindi dubbed South Films is increasing day by day in the minds of the viewers. Most of the South’s films are captivating the audience with their strong action, tremendous comedy and unmatched tweets that have entertained the viewers.

There are very few such channels showing blockbuster films of South Indian languages like Tamil, Telugu, Kannada, and Malayalam.