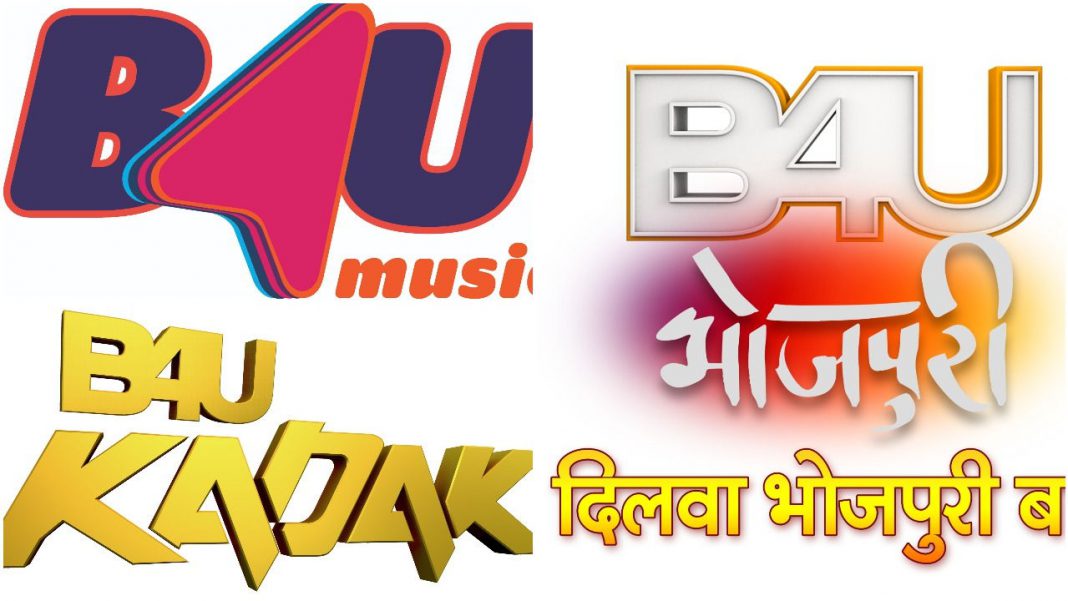 B4U Network ascends to the top spot in every genre

B4U Kadak is a Hindi Movie Channel targeted at Urban and Rural audiences in the HSM market with a bank of popular Bollywood and South Indian dubbed movies with a promise to offer 101 World Television Premieres. Most of these premieres are “Original blockbusters” and “Award Winning Films”.

B4U Kadak is leading with a huge margin with 553 million impressions followed by the closest competitors Sony Max at 393 and Star Gold at 358 million impressions respectively. The unique strategy of offering south Indian films (Tamil, Telugu, Kannada, Malayalam) dubbed in Hindi has resulted in an audience experience which is both engaging and rich.

B4U Bhojpuri Movie Channel is a unique offering for the audience with a premium packaging unseen in the Bhojpuri genre. As a content mix, B4U Bhojpuri is offering audiences a mix of devotional songs, festive programming during cultural events like Chhatt, Navratri, Diwali and Holi. There’s also the promise of offering 2 WTP’s (World Television Premieres) for Bhojpuri audiences every week which is an unmatched offering by any other channel in the HSM market.

B4U Music, the flagship channel of B4U Network which has entertained audiences with Bollywood Music Content for the last 20 years, still rules the hearts of the Hindi speaking masses. B4U Music through its melodious content from 90’s, 2000’s and contemporary mix of songs appeals to the young generation of both urban and rural audiences which has become loyal to the channel because of its right pick and programming. B4U Music has led the category in the past 4-week average as the No.1 music channel in the genre. This week too B4U Music has won the audiences hearts with its offering.