Connect Gujarat
#Beyond Just News
More
Home Education Ayurvedic College students rally against the comments given by medical student of... 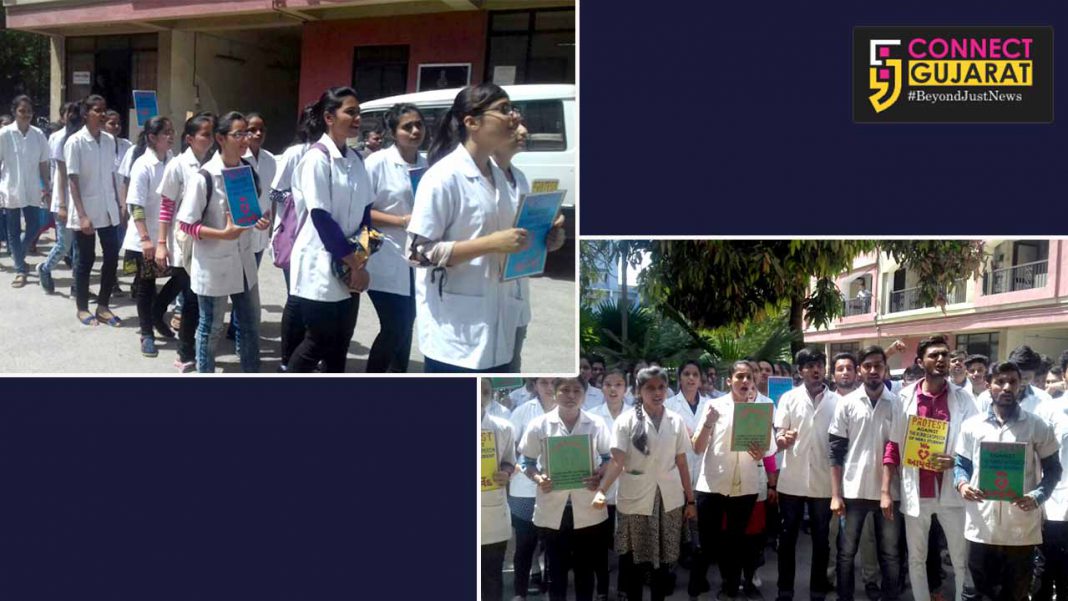 Students of Ayurvedic College took out a rally in protest against the comments given by the IMA against them. The students demand an apology for the alleged comments and gives a memorandum in this regard to the collector.

Student leader Lalit Limje, Yogesh Hadiya and Devarsh Upadhyay from the government Ayurvedic college said the Allopathy doctors protest against the NMC bill. Secondly a video of MBBS student from Surat Divyesh Jasani went viral where he commented against the ayurvedic treatment and termed it as like dog. The video also shows the student passing on more bad comments on Ayurveda and Homeopathy.

In protest of both the matters the students of government Ayurvedic College took out a rally on Thursday from Gandhinagar Gruh and gives a memorandum to the collector.

The students said the comments by the Surat medical student is unacceptable and they demand an apology from him. They said the Ayurvedic treatment is the mother of all and such a comment on it is bad. They demand the apology or else threaten to intensify their agitation in coming days.