At his age the children often talks about video games, fiction characters and many more, but for Prem Patel it’s even big as on Tuesday his book launched in Vadodara. At the age of 13 he is probably the youngest author who wrote a book and the same is released in front of his teachers, friends and […] 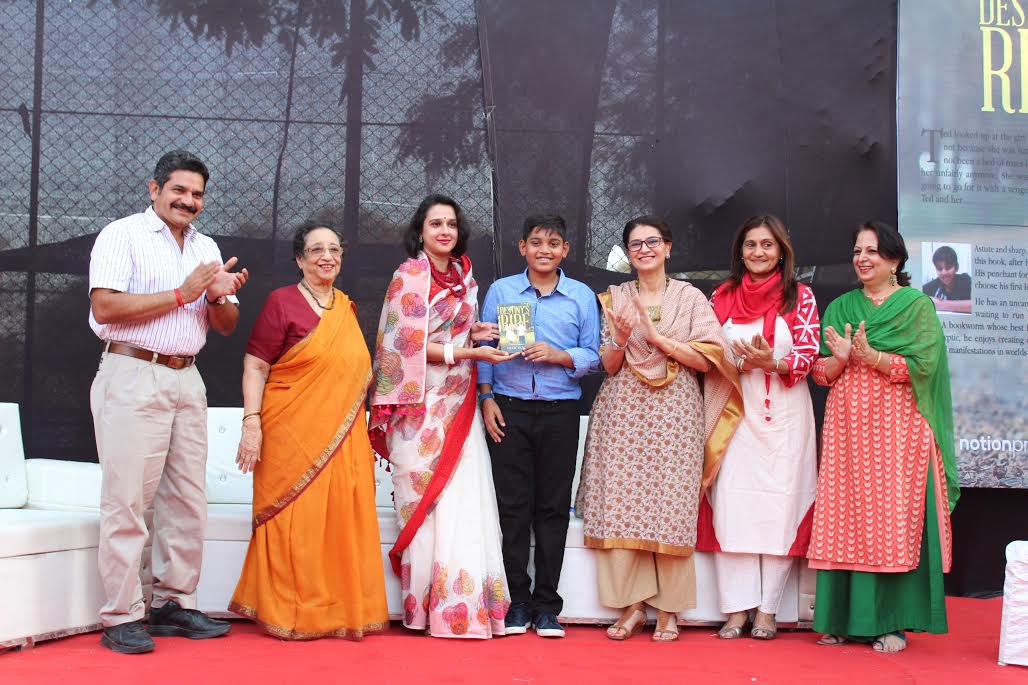 At his age the children often talks about video games, fiction characters and many more, but for Prem Patel it’s even big as on Tuesday his book launched in Vadodara. At the age of 13 he is probably the youngest author who wrote a book and the same is released in front of his teachers, friends and well wishers.

Prem Patel is the student of 8th standard in Navrachna school in Vadodara and the childhood passion of reading book take him to new heights in this tender age. With six months of sincere efforts finally the school student is now a young author with a book in his name. The English fiction story is based on a kid living in US who lost his mother and how he struggles to live life in between the ignorance of his father. “The story idea came to my mind after knew a friend who lost his parents. This is the story about the kid who struggles to get attention of his father after losing his mother. He also dislike his to be step mom who came to his life after his father decides to marry again,” said Prem.

The 84 pages book is written in English and Prem is also planning to comes up with the second part as he not ends the story in the inaugural part. “The story not ends up in the first part as in the end Ted the character in the book stuck up inside the basement of his house which went on fire. At the time his father was away for some business trip. I am planning the second part as the boy hates his to be step mother and she also dislikes him. But his father is unaware about this thing which I will present in the second part of the book,” said Prem. While asking about the interest in write the book he said that the passion comes through attending the story writing national workshop in time to time. “During one of the workshop in Delhi one of the mentor Suvarchala Kashyap told me her classes in Vadodara and then I joined it and she helped me creatively to write my story. I went to the classes with my story and she make the corrections which I then rewrite late in the night after completing my school assignments,” said Prem.

His parents are also happy with the achievement of their son at this age. “He is always into reading since be was a kid and whenever he gets time he reads a lot. The habit slowly strives him to write and I start sending him to story writing workshops where be learned the basics. His imagination about the story is of his own which he derived from his friend’s life and he can visualise family also in his book. He talks about the subject when he was writing but still he make it a surprise for me as I don’t even see the book before it release on Tuesday,” said Jagruti Patel mother of Prem.

Many dignitaries like Maharani Radhikaraje Gaekwad, educationist Tejal Amin and others were remain present at the book launch at Bal Bhavan Vadodara.