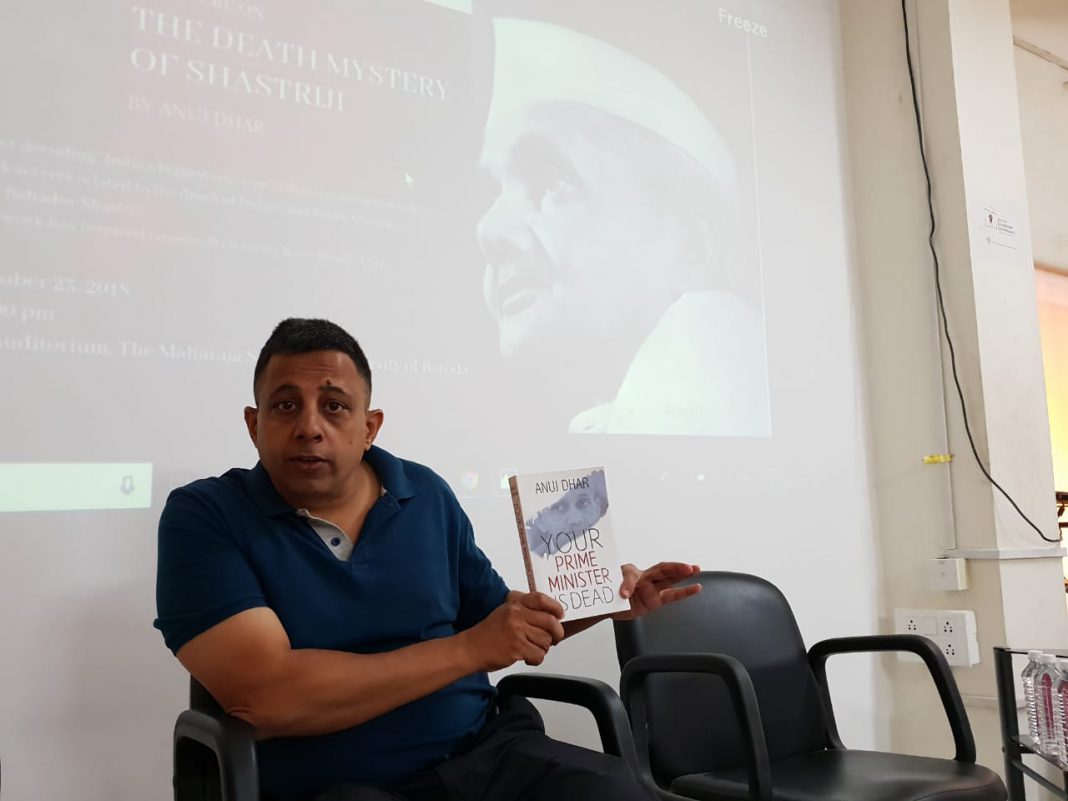 In Vadodara for first ever talk on the investigation

Anuj Dhar the man investigating the death of Subhas Chandra Bose once again comes up with the death mystery of former Prime Minister Lal Bhadur Shastri unfolding various theories in his death. He also written a book on the topic where he mentioned the name of Dahyabhai Patel son of Sardar Vallabhbhai Patel who wrote a small booklet on the mystery of Shastri ji death.

Dhar is in Vadodara for his first ever talk on the death mystery after completing his investigation in the matter. He raised many theories surrounding the mysterious death and blame the government for cover up the whole issue. He said Dahyabhai Patel started the work to unfold the mystery and he just carry forward it with various theories and quotes unfolding the death.

“There are various theories and first one was heart attack which the family of Shastri denied as his wife Lalita Shastri raised doubts on the condition of the body and alleged being poisoned. Secondly the goverment denied postmortem which raised suspicion and that started the whole thing and serious investigation in it. There are theories of Russians killed him and American CIA behind it was all baseless. Suspicion was also there on the then Indian Ambassador and Jayanti Dharam Teja about insider involvement which is a matter of investigation,”said Dhar.

“The government shall form a high level committee to investigate the mystery death of former PM Lal Bahadur Shastri as it’s still a mystery after so many decades. The records whatever available will be out before the committe comprises of principal secretary, members of home department, intelligence agencies. Then we can ask the Russian government about the related papers about his death and unfold the mystery,” said Dhar.

A film by Vivek Agnihotri on the same topic is already there and Anuj Dhar provide him the details about his investigation into the death mystery of former PM Lal Bahadur Shastri.