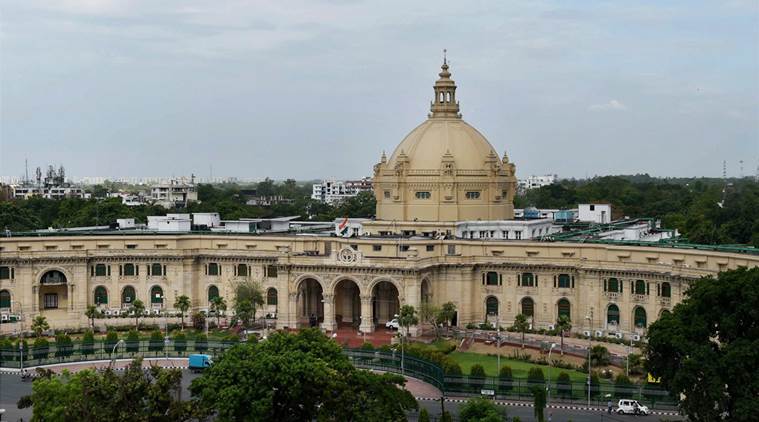 After the recovery the matter has been assigned to ATS for investigation. However, the powder yet not been confirmed to be explosive. The powder was found during the investigation of  NIA and ATS. At present, the NIA team has reached the Assembly again and sealed it and no one is allowed to enter inside. At present, intensive investigations is going on inside the assembly.

After the order of Chief Minister Yogi Adityanath, the two teams explored the rallies of the Assembly on Friday night. Both teams are also investigating the CCTV footage. During this investigation, the team found the CCTV cameras of the corridor were off. As per sources all 6 cameras inside the hall were running till the house runs and switched off after closing of Hall. On the other hand, the explosive found in the assembly will be re-examined NIA and security agencies want to re-examine Powder from Hyderabad’s CFL. The State Forces Lab has termed it as PETN.

It is said that Chief Minister Yogi Adityanath also had a high level meeting on security last evening which included senior officers of  Home Secretary, DGP, NIA, ATS and Intelligence. The meeting is to discuss about strengthening of the Assembly’s security.

Recently, terrorist group Jaish-e-Mohammed threatened Uttar Pradesh Chief Minister Yogi Adityanath. These messages are said to be written by the terrorist Masood Azhar himself along with the audio clip recorded by one of  his associates. The messages were filled with hatred against Uttar Pradesh Chief Minister Yogi Adityanath. In his message, India’s most wanted terrorist Masood Azhar expressed anger against the recent Israeli visit of  Prime Minister Narendra Modi.