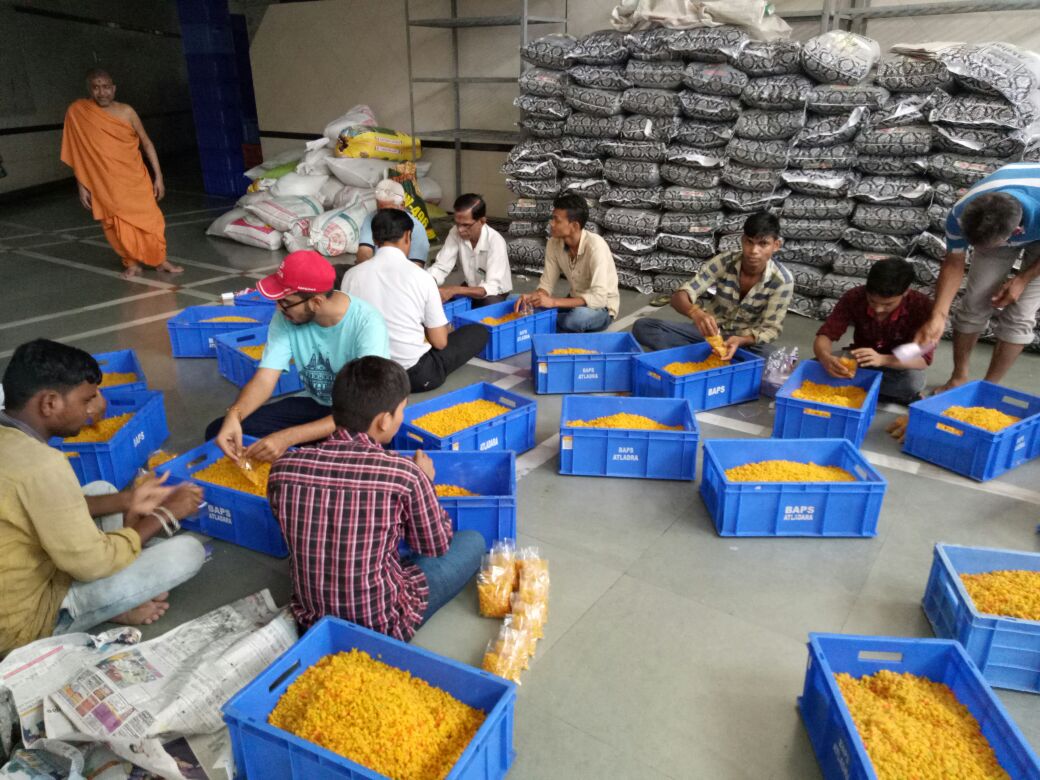 Atladara Swaminarayan temple in Vadodara prepares 20,000 food packets for the flood affected Banaskantha district in Gujarat. The food packets will be send to the most affected areas on Tuesday evening from the temple.

Social and religious organisations also came forward to help the affected people. Bochasanwasi Akshar Purushottam Swaminarayan (BAPS) run Atladara Swaminarayan temple also came forward and prepare food packets for the flood relief people. Bhagyasetu Swami said that Gujarat is suffering from natural calamity and in the time the temple is coming forward to help the affected people. The temple is preparing 20,000 food packets for the flood affected and send to the collector office and from there it will be send to the most affected in Banaskantha.

Ganthiya and Bundi sweet is prepared by the Haribhakts inside the temple as both the items will stay long. The preparation was started from since Tuesday morning and the packing will complete in the evening and send to the collector office towards the affected areas in Banaskantha.