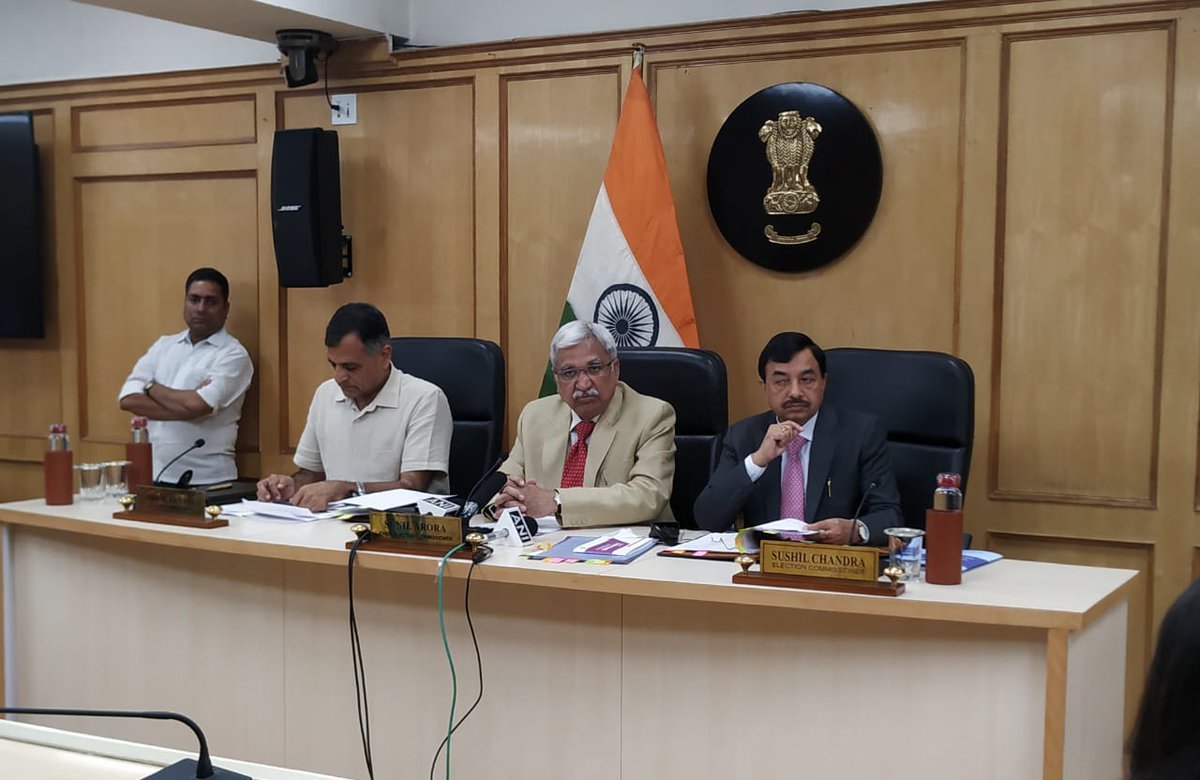 While the term of 288-member Maharashtra assembly ends on November 9,that of the 90 member Haryana assembly will go off-duty on November 2.

With the announcement of polls dates, the Model Code of Conduct has come into force in both states.

On the other hand, in Maharashtra, the BJP and Shiv Sena contested 2014 state Assembly elections separately after they failed to arrive at a seat-sharing formula.

However, they formed the government in alliance after the elections as none of the parties was able to secure a majority on its own.