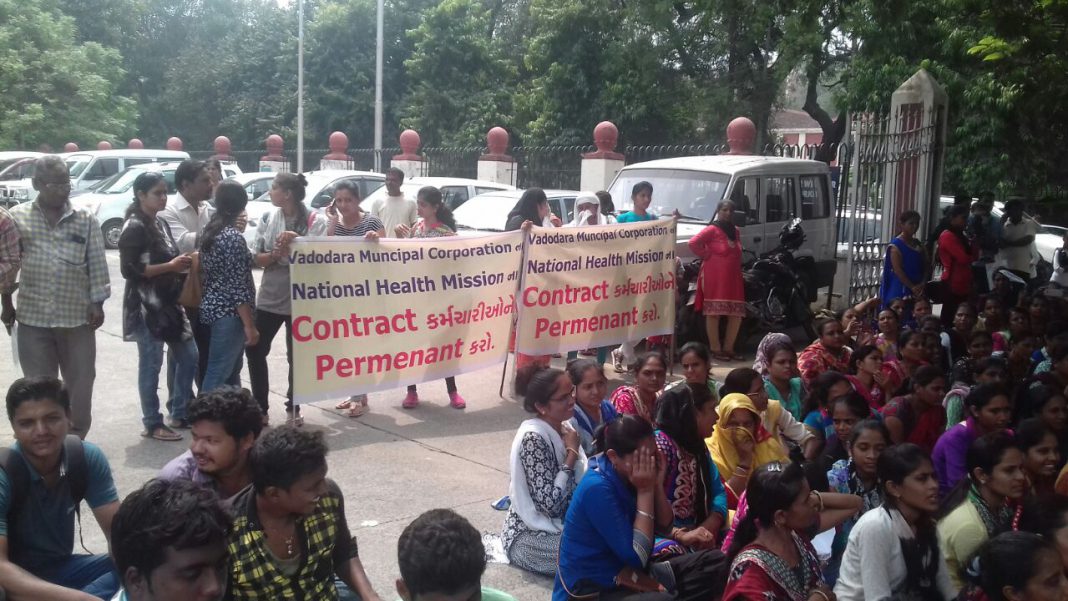 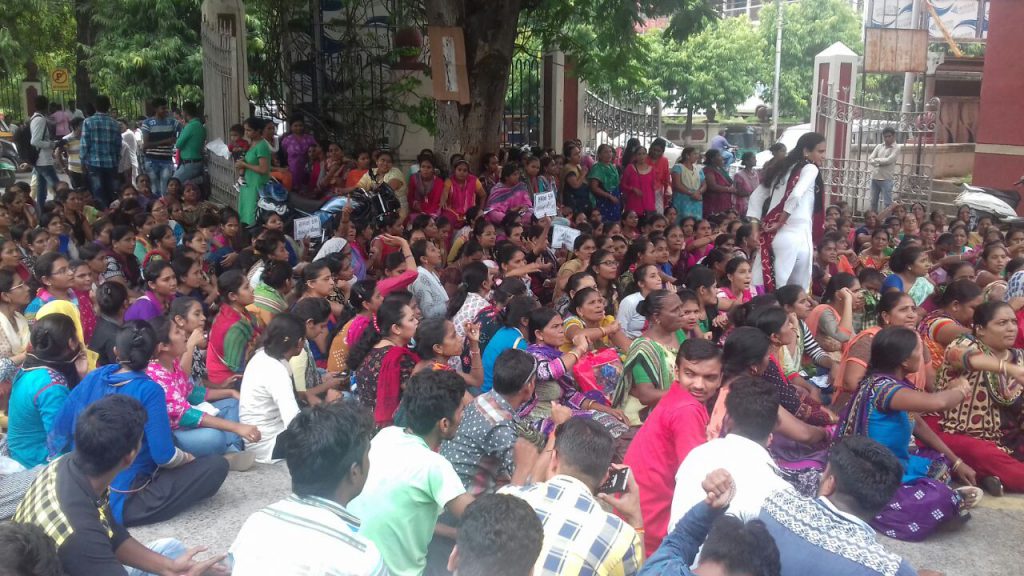 For the last eight months the Asha workers and the members of Fix Pagaar Samiti represent themselves before the state government for their basic rights and salary. But after many representations the issue was not resolved and they all are ready to protest against the government. On 17th they plan the protest programme but due to the birthday of PM Narendra Modi the police detained all in Gandhinagar. 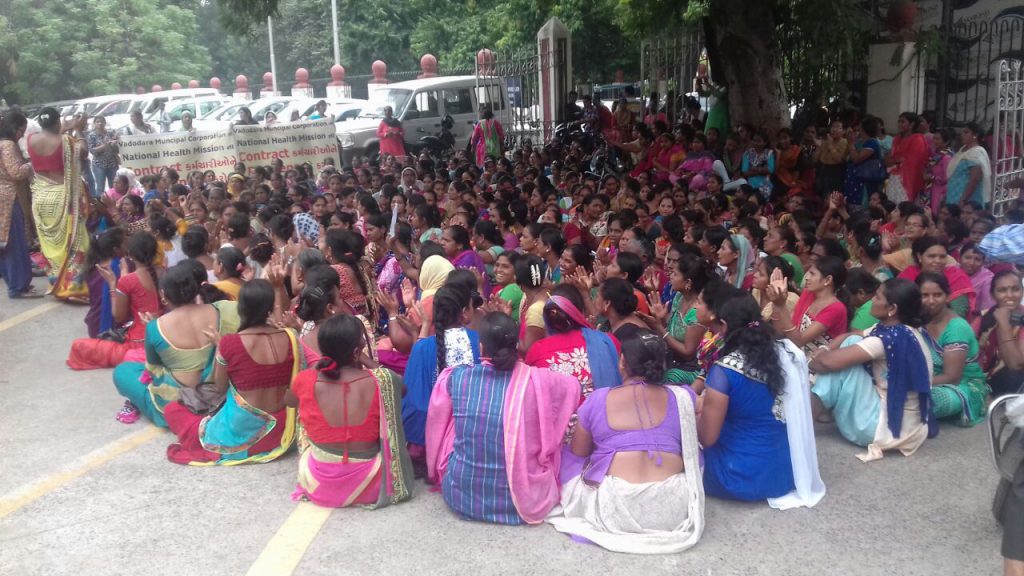 The leader Chandrikaben Solanki was also detained and taken to undisclosed location. Accusing the police for its actions on Monday the Asha workers and felicitated members called for strike all across the state. They also get the support from the Fix pagaar and in job employees also. In Vadodara they all reached at the collector office, sat on Dharna and raised their protest against the government policies.

They also threatened to campaign against the government if their demands are not met.