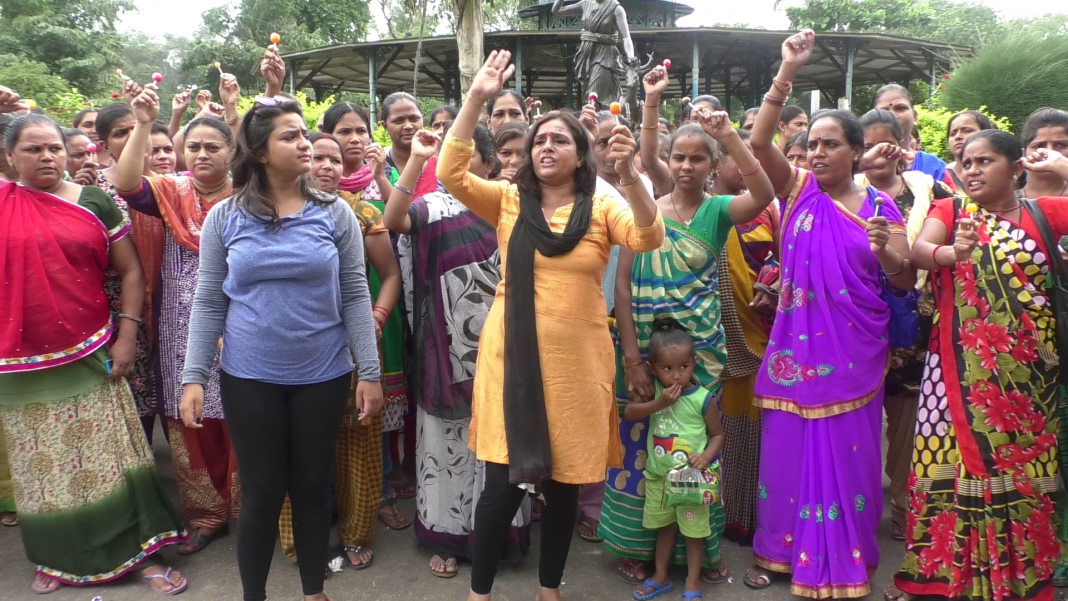 Asha workers in Vadodara shouted slogans against the Gujarat CM and Health Minister for throwing them a lollipop of 30% incentive to them. They showed their protest with lollipops in their hands and oppose the Gujarat Government move of 30% incentive. They also demand to give equal salary to equal work for the workers.

The Asha workers gathered in Vadodara Kamatibaug on Wednesday protesting against the 30% incentive declared by the government for them. They said that its like a lollipop to them as they demand equal pay for all. They also threatened to boycott the elections in future. 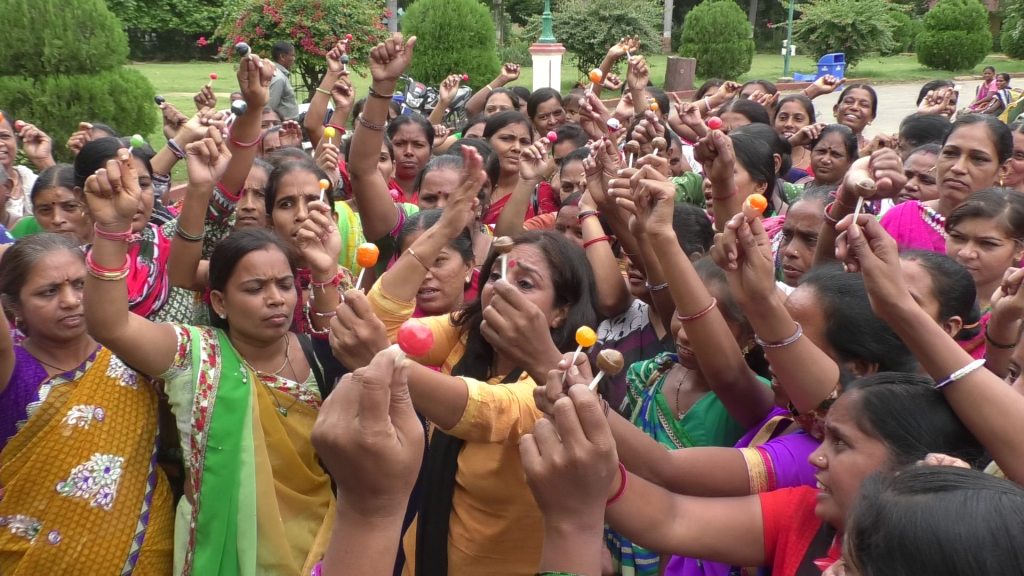 “The 30% incentive is not what we demand and we need equal salary for equal work for the workers. In the coming days they will show their strength at Gandhinagar and if their demands were not answered then they will oppose elections as their slogan is ‘Note Nahi to Vote Nahi’,” said Chandrika Solanki from Contract and Fix Pagar Sangharsh Samiti.