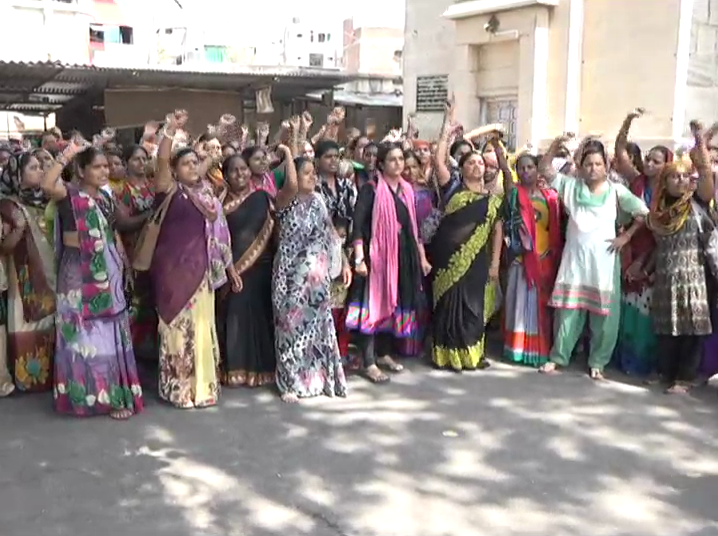 Asha workers in Vadodara on Thursday showed their strength and also shouted slogans against Chief Minister Vijay Rupani inside the VMSS office. The medical officer threaten them to throw them out of their jobs after they demand to make them permanent and on Thursdaythey aggressively protest against the officials. Such was their show of strength that the medical officer locked the main gate of his office.

Asha workers working for years are getting minimum wages from what the government decides for them and after working for years their condition are still the same. After many representations to the officials about increase their salary and to make them permanent the situation for them is not improving. As the Asha workers raise their voices the medical officer threaten them to release them from the job. On Thursday around 300 Asha workers reached the VMSS office and planning to approach the officials aggressively.

As the Asha workers turned out in large numbers the medical officer locked his main door before they can reach him. The main gates were also locked by the security to prevent the entering the premises. Irked with such a response the Asha workers shouted slogans against CM Vijay Rupani and the BJP government.