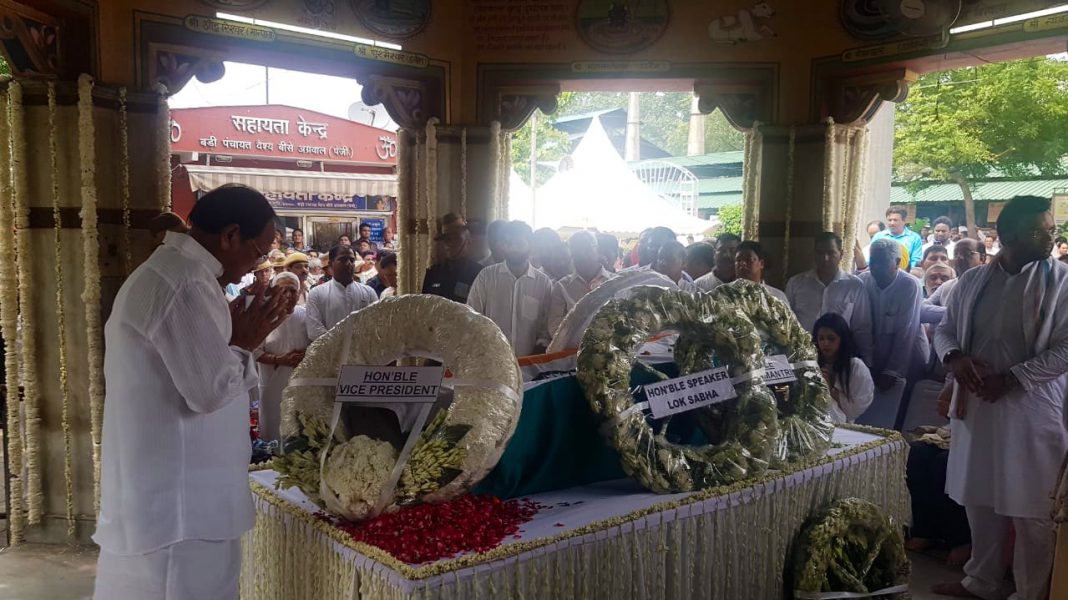 Former Finance Minister Arun Jaitley cremated with full state honours funeral at Nigambodh Ghat on Sunday. He died on Saturday in AIIMS in Delhi after a prolonged illness. Top political leaders, officials from various fields remain present at the funeral and paid their respect to the departed soul. 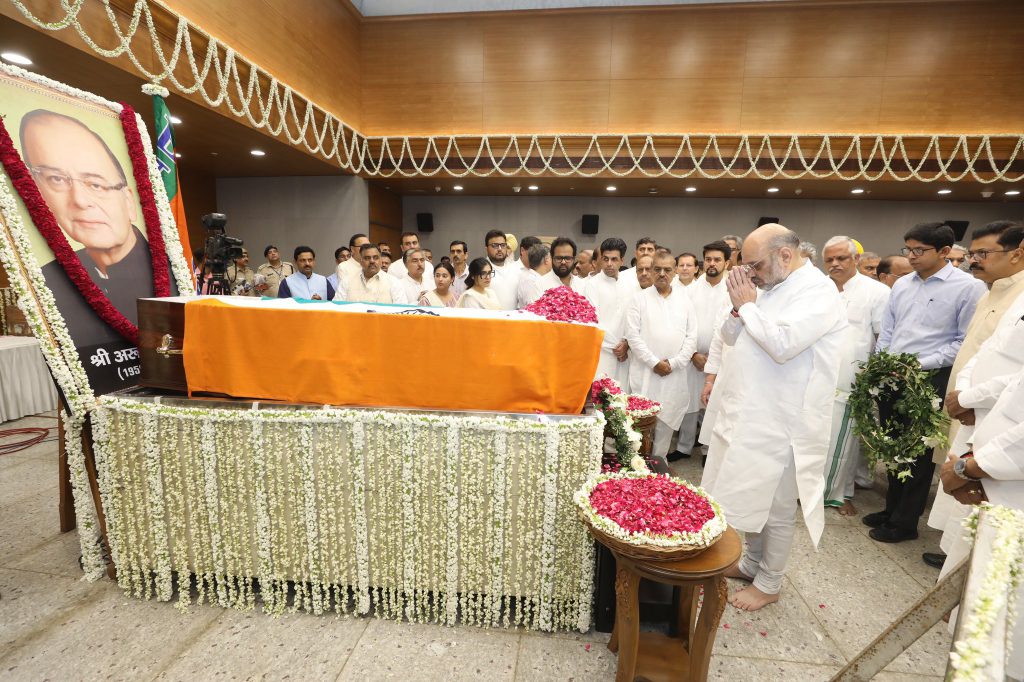 His body was laid at BJP headquarters this morning for final darshan where leaders and common people paid their respects to one of the stalwarts in Indian politics. Prime Minister, President, Union Ministers, politicians and opposition leaders all remember the leader and pay their tributes to the departed soul. Gujarat state Chief Minister Vijay Rupani also paid homage to Jaitley, who has represented Gujarat in the Rajya Sabha for 18 years and is close to PM Narendra Modi and Amit Shah. 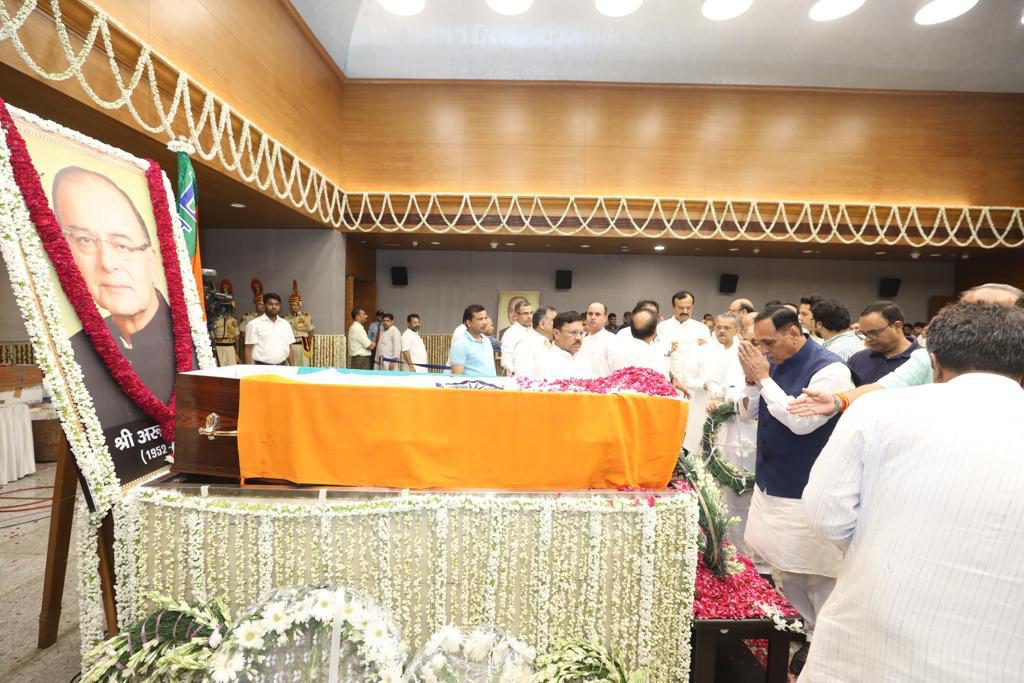 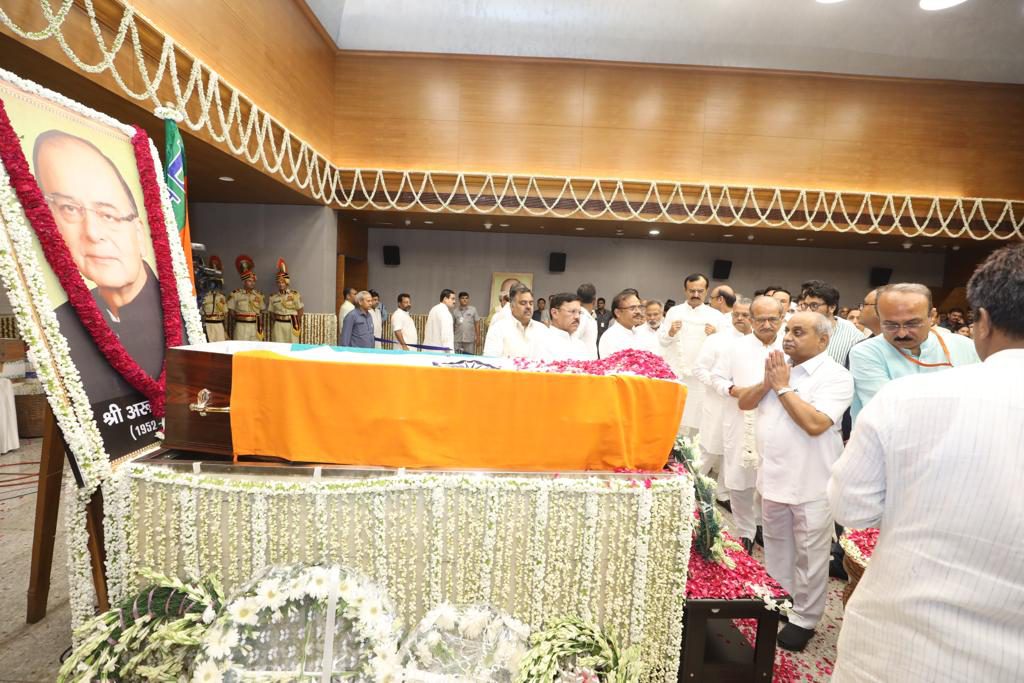 After the darshan at the BJP headquarters, his body was taken to Nigamobodh Ghat and cremated with full state honours in the presence of top leaders and family members.
Prime Minister Narendra Modi fails to attend the funeral of Arun Jaitley due to his foreign trip but remember him in his speech and extend his condolences to the family of his close friend.