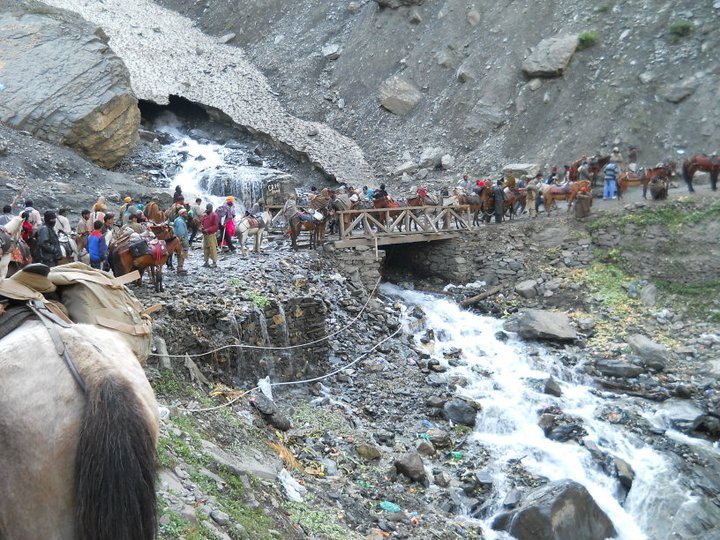 Nearly 80,000 pilgrims have performed the Amarnath Yatra over the last six days, an official said on Wednesday as another batch of 3,389 pilgrims left here for the cave shrine in the Kashmir Valley amid heightened security.

They left the Bhagwati Nagar Yatri Niwas at 4.05 a.m. in a convoy of 102 vehicles escorted by the paramilitary forces.

On the sixth day on Tuesday, over 16,000 pilgrims performed 'darshan' inside the cave shrine, the official added.

The 40-day long Yatra started on June 29 and will end on August 7 on 'Shravan Purmina' coinciding with the Raksha Bandhan festival.

Situated at over 3,888 metres above the sea-level in the Himalayas, the cave shrine houses an ice stalagmite structure which the devotees believe symbolizes mythical powers of Lord Shiva.

The ice stalagmite structure waxes and wanes with the size of the visible moon.

The pilgrims reach the cave from two routes either the traditional 46km long track from south Kashmir Pahalgam base camp or the 14km track from north Kashmir Baltal base camp.

Helicopter services were also available for pilgrims from both the base camps.