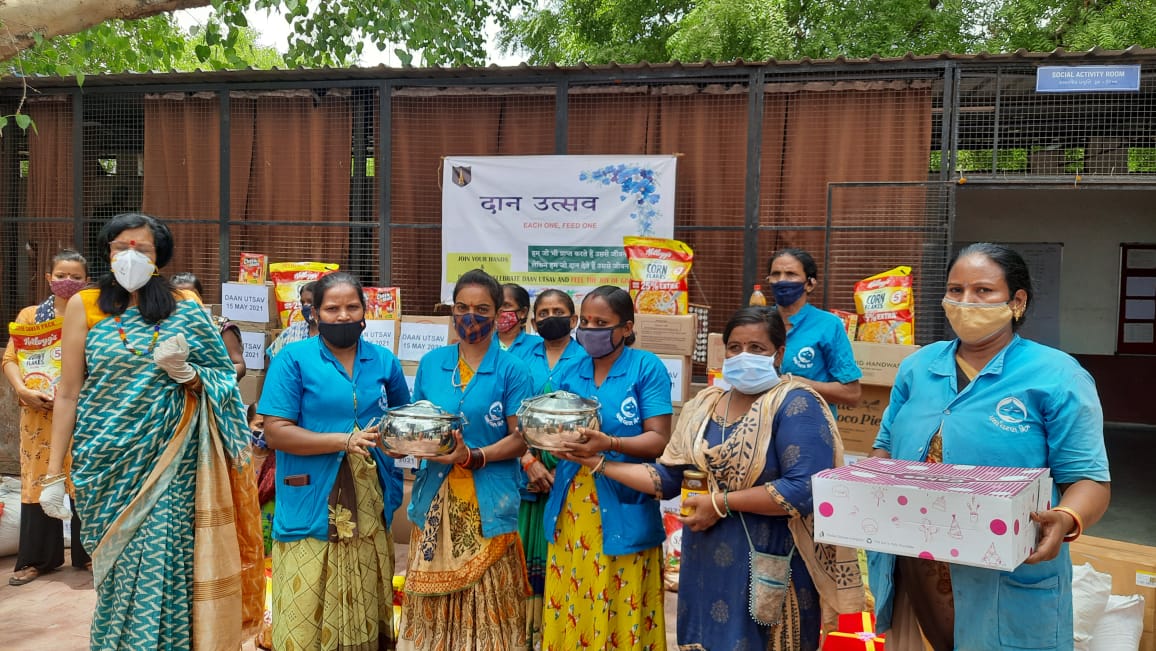 Slum dwellers, daily wagers and the poor have suffered the most during COVID Pandemic as lockdowns and curfews have directly impacted their livelihood. While Armed Forces are directly supporting the nation in these difficult times, even their families have joined hands to ensure that no poor sleeps empty stomach and lives a life of dignity.

Vibhuti Sharma, who is a social worker associated with many NGOs is spearheading this initiative where all families in Ahmedabad Cantonment have contributed food, sarees, clothes, toys and other essential for the needy as part of ‘Daan Utsav’. Even young army kids are part of this effort. This initiative by Army families is being conducted in coordination with NGO ‘Manav Seva Sansthan’.

Lalita Ben and Balu Maa, who are sanitation workers said that Vibhuti Didi has been regularly supporting sanitation workers with cloths, food and other essentials and such support has made our life comfortable in this difficult time. So far move than 1200 slum dwellers, sanitation workers and daily wagers have benefitted for this initiative by Army Wives.