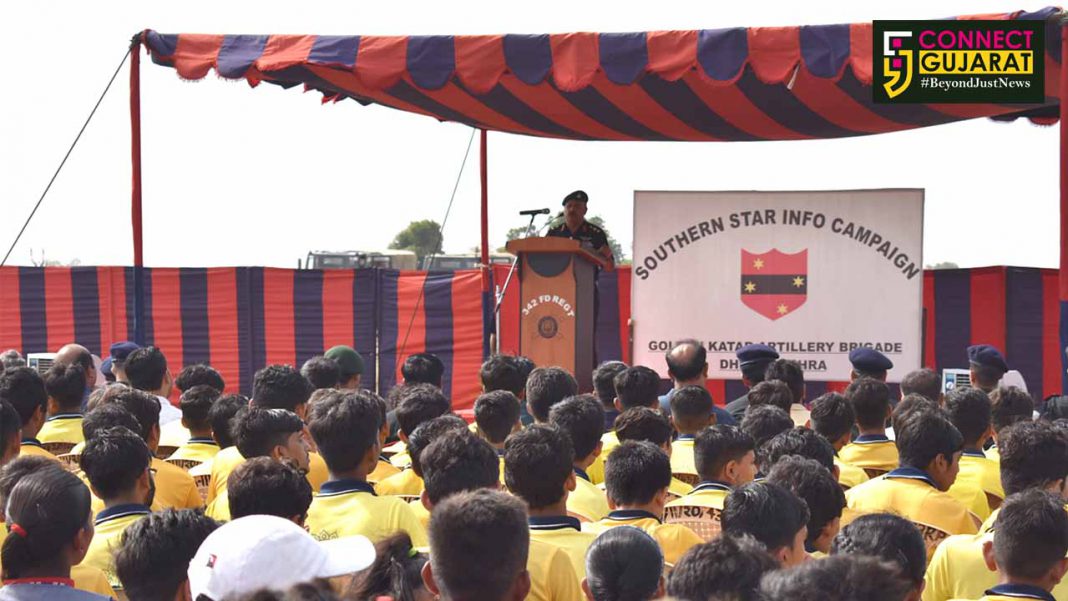 Army  conducted  information campaign  at  Dhrangdhra  Military  Station  in  Surendra  Nagar  District with an  aim  of  reaching  out  to the young  generation. The campaign was conducted to educate the children about the capabilities of Indian Army and give an insight about the role and contribution of Indian Army towards nation building.

NCC  cadets and students of different schools of Dhrangdhra and Surendra  Nagar(around  1000)  took  part in the campaign and were exposed to various facets of army life. Initially children witnessed a demonstration of deployment by a Field Artillery Battery in stimulated battle conditions and then showcased  the  latest  state  of  art  artillery  weapon  system  and  surveillance equipment. Later the children were briefed about the career options available for them in the army.

Officiating  Station  Commander  of  Dhrangdhra  Military  Station interact with the  students  and brought  out  the  role  and  contribution  of  Indian  Army  towards  nation building.  He highlighted  the  Army  response  and  contribution  during  national disasters  like  tsunami, earthquakes, floods and the  supreme sacrifice  made  by soldiers during wars.