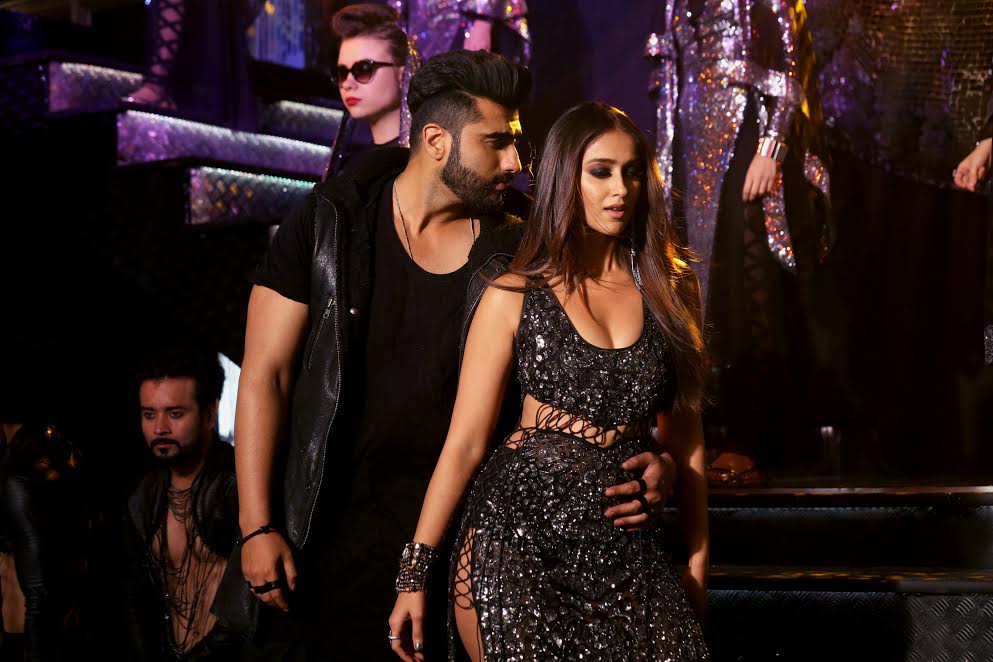 Pakistani pop singer Hasan Jahangir’s hit song ‘Hawa Hawa’ once again relived in the upcoming Anees Bazmi film Mubarkaan. With 15 million copies sold in India the rights of the album is with T-series and also the rights of Anees film.

Bhushan Kumar wrote the song again and choreographed by Basco Martis. In this song Arjun kapoor is trying to persuade his on screen girlfriend Ileana D’cruz after a fight.

Anees said that this is a naughty and groovy song filmed in colourful and grand setup. He accepted that earlier they decided to film the song on the roads of Chandigarh but to accommodate 200 is very problematic and if they do then the roads is engaged due to the shooting. So they finally decides to shoot the song inside the filmcity studio and made a set inside.

Recently released poster of the film and title track increased the expectations of the audience and now they are eagerly waiting for its release. Arjun Kapoor will be seen in a double role where one is wearing turban in the film. Anil Kapoor is also there in the film wearing a turban. The film will be released on 28th July 2017 in cinemas.