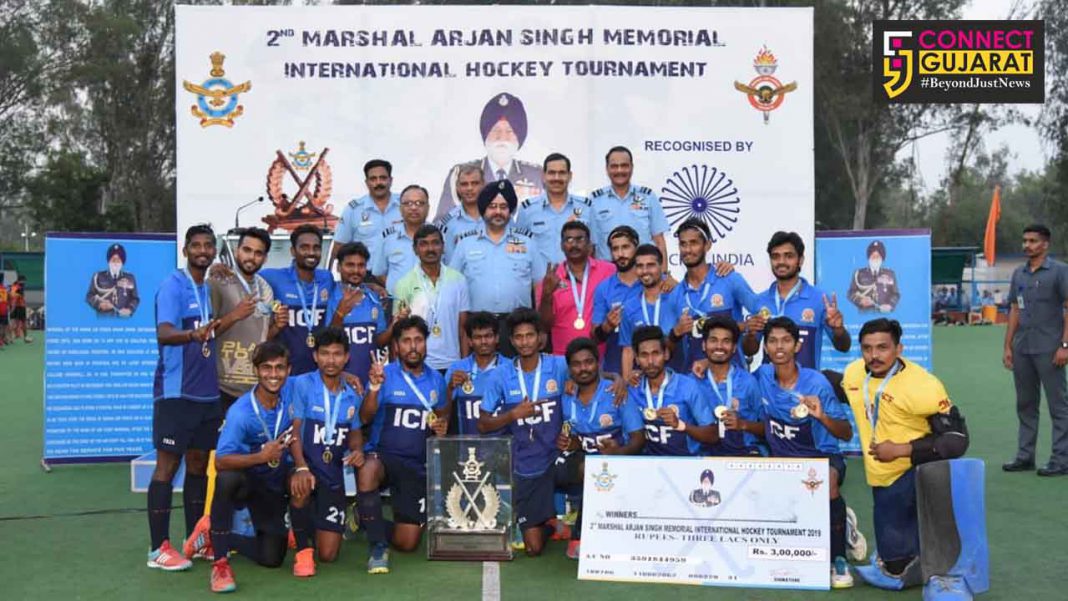 Total 16 teams from elite Indian and Air Force teams from Bangladesh and Sri Lanka also participated in this edition and making it truly an international event.

In a nail biting finish, SCR, Hyderabad was leading 2-1, when, ICF, Chennai came back into the match levelling the score with a scintillating goal scored by Deepak in the 60th minute. ICF, Chennai won the match defeating SCR, Hyderabad in the Penalty Shootout round by 7-6. Mohit and Sanjay scored 02 goals each while Shyam Kumar and Deepak scored 01 goal each for ICF, Chennai. For SCR, Hyderabad Sheshe Gowda, Raju Pal and Ayush Dwivedi scored 03, 02 and 01 goal respectively.

Deepak of ICF, Chennai had been adjudged the best player of the tournament. A total of 31 matches were played in the tournament wherein 202 Goals have been scored.