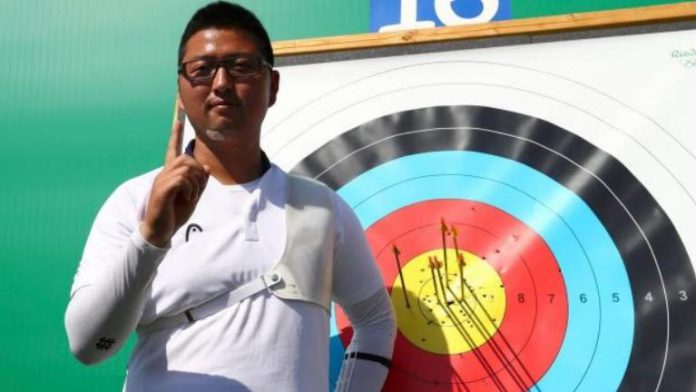 Former world number one archer from South Korea set a new world record, during the ranking round of the men’s individual archery competition on Friday.

South Korean archer Woo-jin scored the first ever 700 in archery recurve, beating the previous record of 699 set by compatriot Im Dong-Hyun at London 2012.

Indian archer Atanu Das finished fifth in the ranking round.