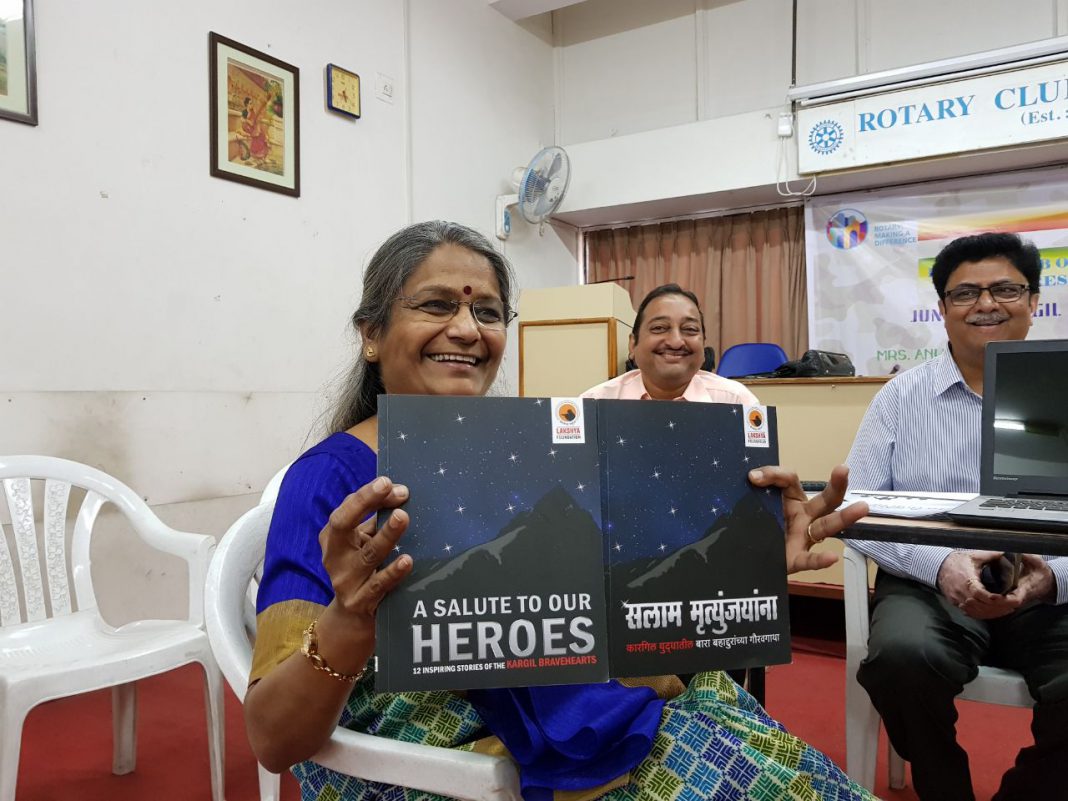 A retired bank manager is on a mission to bridge the gap between the civilians and the soldiers. The aim is to dictate inspirational stories of the soldiers guarding our borders to the people understand the sacrifice they give for our safety. 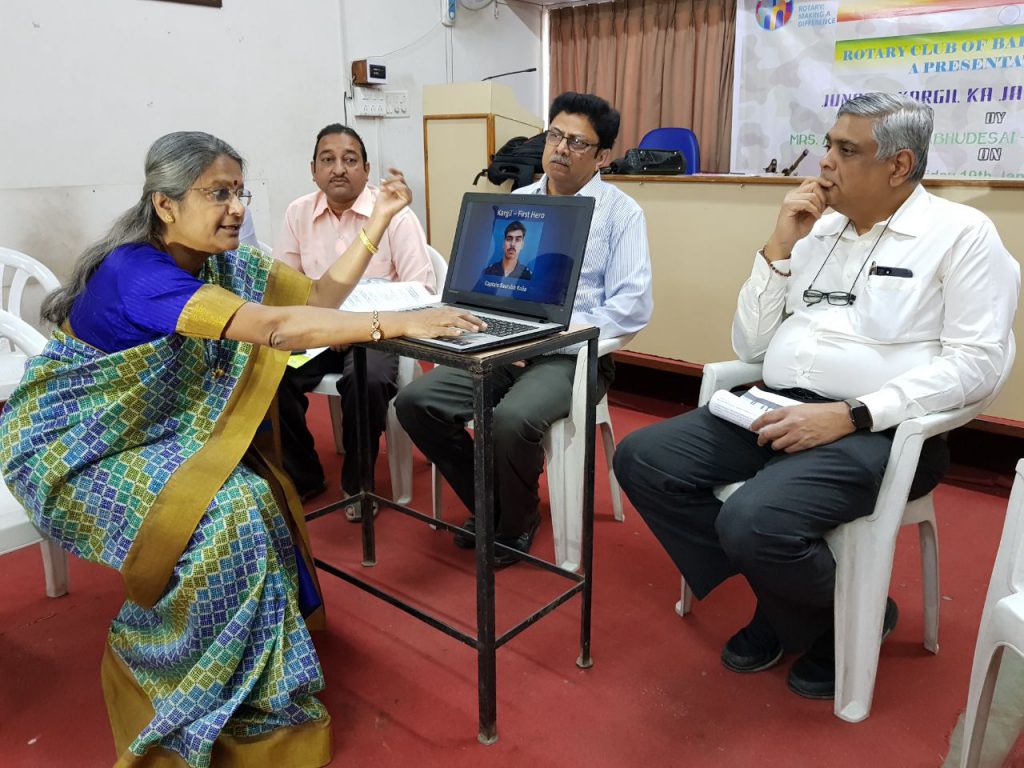 Sometimes we came through such incidents which shook us from inside and forced us to change our views. Such a thing happened to Anuradha PrabhuDesai which turned her life entirely. Left a lavish bank manager job she now dedicate her life to the soldiers guarding our borders.

“In 2004 I went to Kargil as a tourist and before that to Sikkim border at Nathula Pass in 2003. There while moving upwards a soldier stopped me and my husband to move further. He also give us a scarf and overcoat as cold was much there. He happens to be from Maharashtra and the gesture touched me from inside as they are on duty 365 days for our safety waiting for a family touch,” said Prabhu Desai. 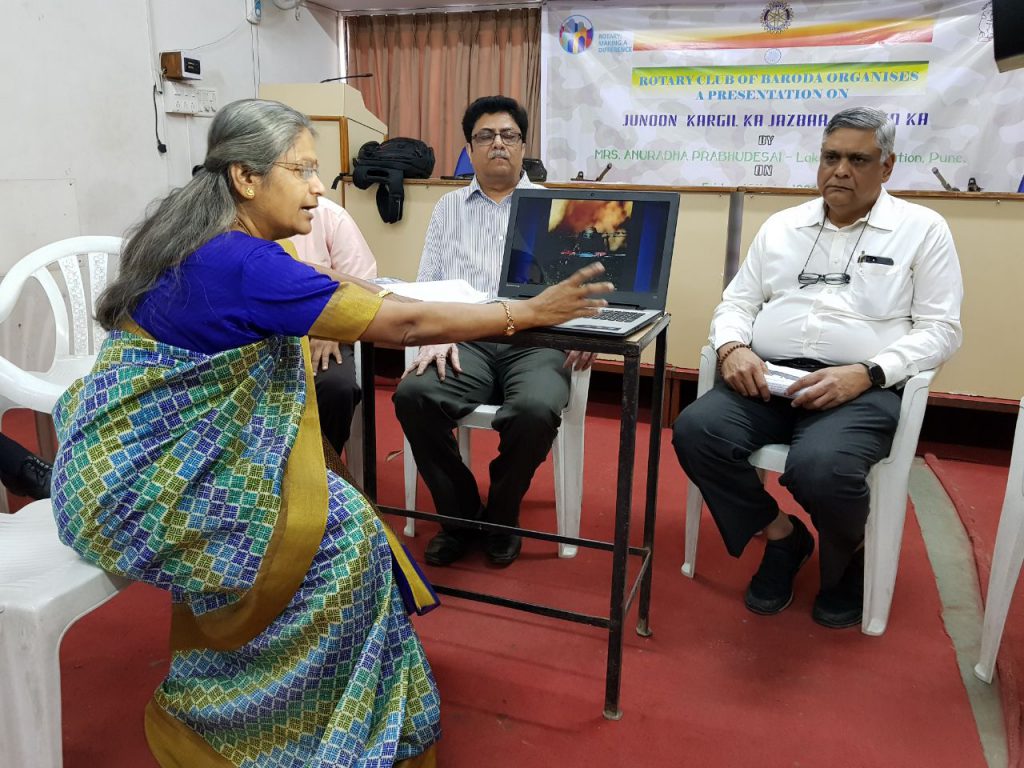 Similarly in Kargil she experienced many such incidents which turned her attitude towards life and decides to dedicate her life to the soldiers. “While on a visit to Drass I saw a writing which says ‘I only regret that I have but only one life to lay down for my country’ which shook me from inside. One of the mother of the martyr said to me please love your country and that was the day I decided to tell the stories of the soldiers to everyone,” said PrabhuDesai.

She started Lakshya Foundation in 2009 with a team of self volunteers creating an emotional bond with soldiers and their families. 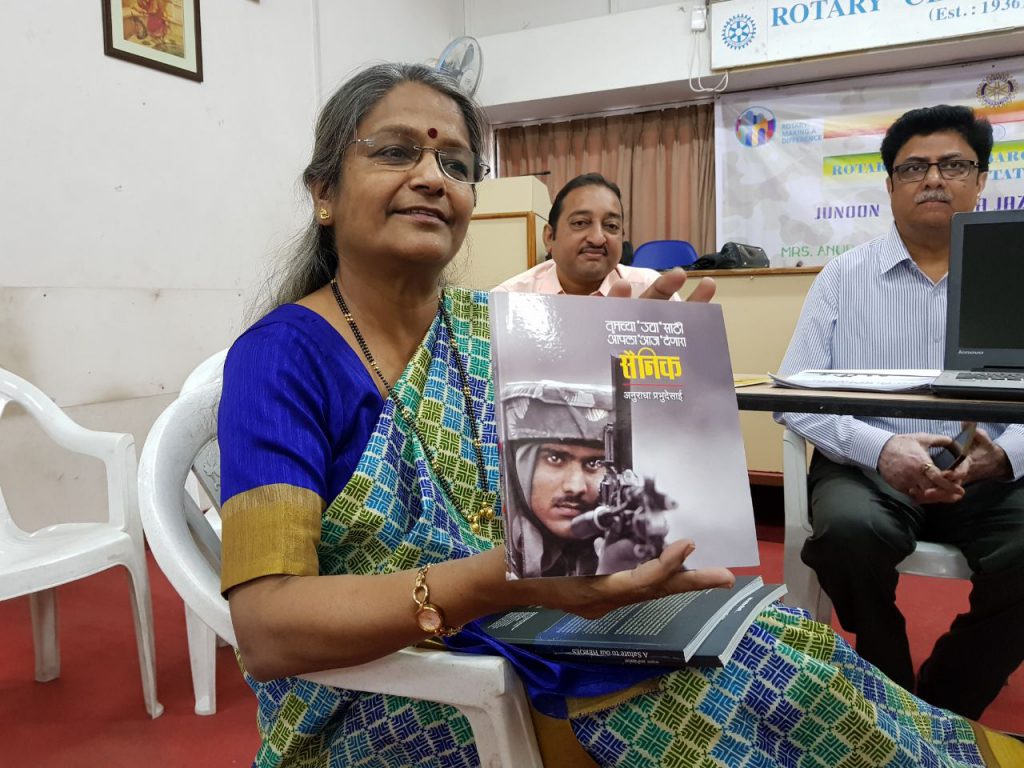 In her journey so far, she has visited and interacted with soldiers on forward posts in Kashmir, Thregam, Panchgam, Uri Kaman post, Pattan, Gingle, Rustom post and interacted with aujis and with students of Army Goodwill schools-in Pulwama and Shopiyan dist, also visited orward posts of North East like Arunachal Pradesh, Assam, Nagaland and posts in, Rajasthan, in Jammu-like, Poonch, Rajouri, Nagrota to interact with soldiers.

Been to Mushkow vally, Drass, Kaksar, Batalik, T urtuk where kargil War was ought, met soldiers at SIA CHIN BASE CAMP, Ch umar post China Border In Ladakh and Nathulla in Sikkim. 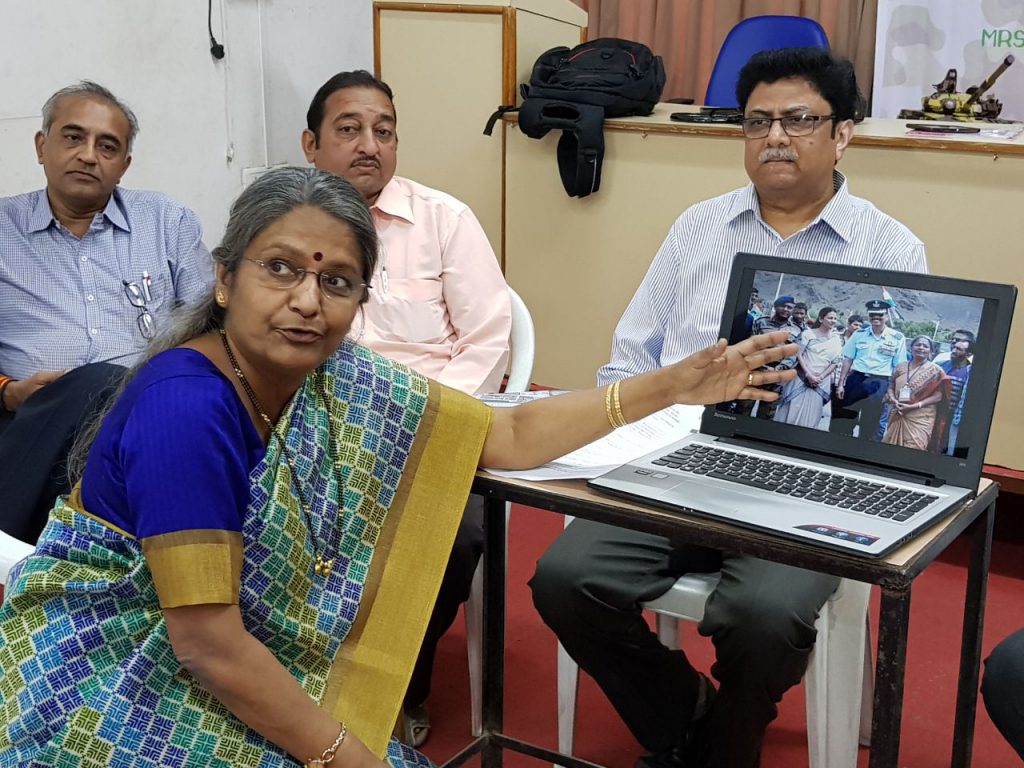 Through Lakshya Foundation, she spreads the saga of sacrifice of these young soldiers and aims to instill the spirit of patriotism in the citizens of India by adopting various means like AV presentations, programmes, TEDx talks and others.

“We spread the saga of sacrifice of our young soldiers to make ourselves responsible citizens and prepare for any sacrifice to protect the sovereignity of our motherland. Till date we conduct 1200 lectures to connect specially to the youth. We also distribute books, bookmarks and stickers in schools and colleges,” said PrabhuDesai.

She was in Vadodara for a programme ‘Junoon Kargil Ka Jazbaa Sainiko Ka’ organised by Rotary Club.