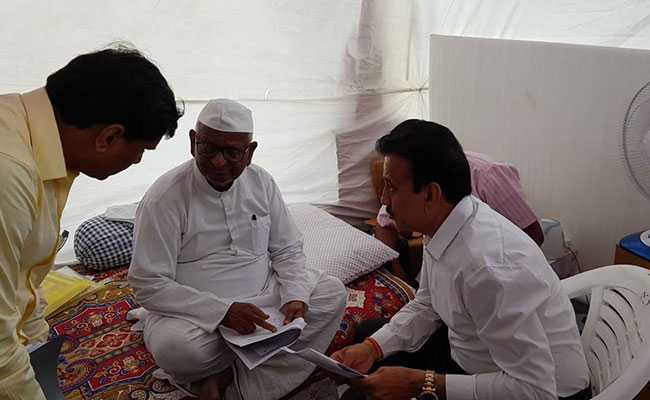 Maharashtra's Water Resources Minister Girish Mahajan, who is mediating for talks with Anna Hazare on behalf of the Modi government, talked to Anna Hazare for about an hour. After the start of the movement, for the first time, somebody from the government came to meet Hazare.

Girish Mahajan said that Anna Hazare has 11 demands, most of which are being worked on. The government is positive. He said, "I think till tomorrow, the hunger strike will be over by talking to the concerned ministers on the remaining issues. All should be done till noon or evening. Anna will also accept, I think so. "