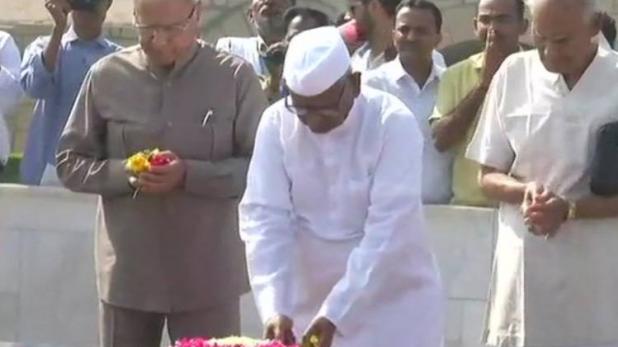 Social activist Anna Hazare is on an hunger strike again from Friday. Anna is taking an indefinite hunger strike from Ramlila Maidan. However, Although his main demands still include passage of the Lokpal Bill. But apart from this, he is sitting on a hunger strike with 6 other demands.

Know What is Anna Hazare's 7 demands

1. Based on the cost of farming, the farmers get one and a half times the price.

2. Depending on the farming, farmers who are above 60 years of age will get Rs 5 thousand pension per month.

3. Get the constitutional status and full autonomy to the Agricultural Value Commission.

4. The Lokpal bill should passed and the Lokpal law should be implemented immediately.

5. The amendment of Section 44 and Section 63, which weaken the Lokpal law, can be canceled immediately.

6. In every state, the competent Lokayukta should be appointed.

Addressing the Central Government before the beginning of the Hunger strike, Anna Hazare said: "You cancelled trains carrying protesters to Delhi, you want to push them to violence. Police Force deployed for me as well. I wrote in many letters that I don't need police protection. Your protection won't save me. This sly attitude of the government is not done."