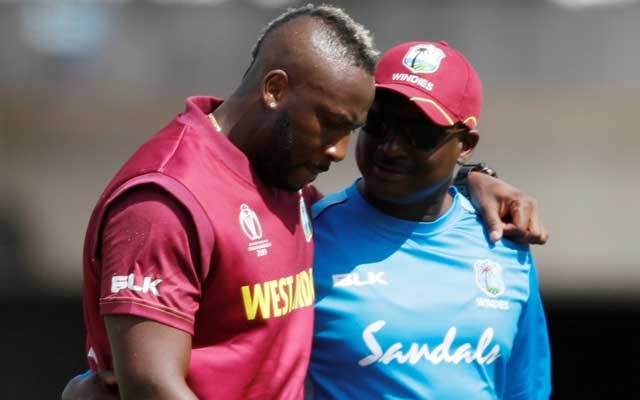 Out from team due to injury

Injuries to top players is a topic of discussion in this year world cup as one after another they are out from the playing eleven. The latest to join the list is all rounder Andre Russell of West Indies team who was out with injury just before the match against India on Thursday.

Andre recieved injury on left knee and was out of the world cup. He was in and out of the ground in the match against Bangladesh. His absence from the team is a big blow to the team before their match against India. Sunil Ambris will replace Russell in the team.

West Indies is already out of the semifinals list of teams in this year world cup and is on 8th position with three points playing six matches. They won one, lose four and one match was abandoned due to rain.