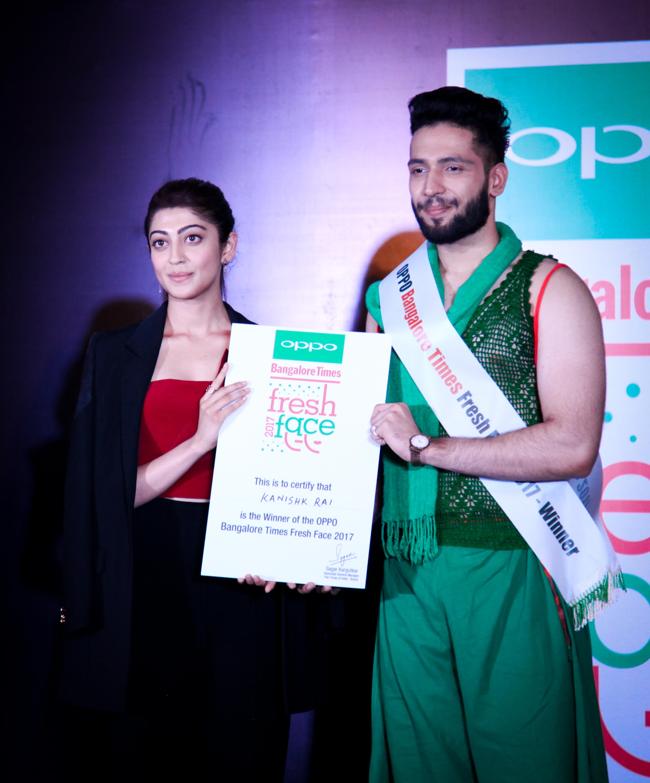 Anchal NG and Kanishk Rai won the city finale round of the most coveted personality and talent hunt across colleges in India OPPO Times Fresh Face 2017. The winners will be now trained and prepared for the national finals to be held in Mumbai.

The 10th edition of the talent hunt is held in numerous colleges of 11 cities including Bangalore where the competition was held on 21st October. Anchal NG won the judges over her contemporary dance while Kanishk’s singing makes the audience sing along. The contestants were judged on their talents, knowledge of current affairs and the way they carry themselves.

The city winners will compete in the finales at Mumbai and the two winners will be awarded OPPO F3 Selfie expert dual selfie camera phone along with an international trip.