Vadodara PCB team busted a gang involved in cheating people in the name of giving loans on commission. The team also arrested seven other accused associated with them involved in extracting money from the people as duplicate police. The son of the main mastermind is Congress Vice President of Anand city. A businessman Prem Chawla […] 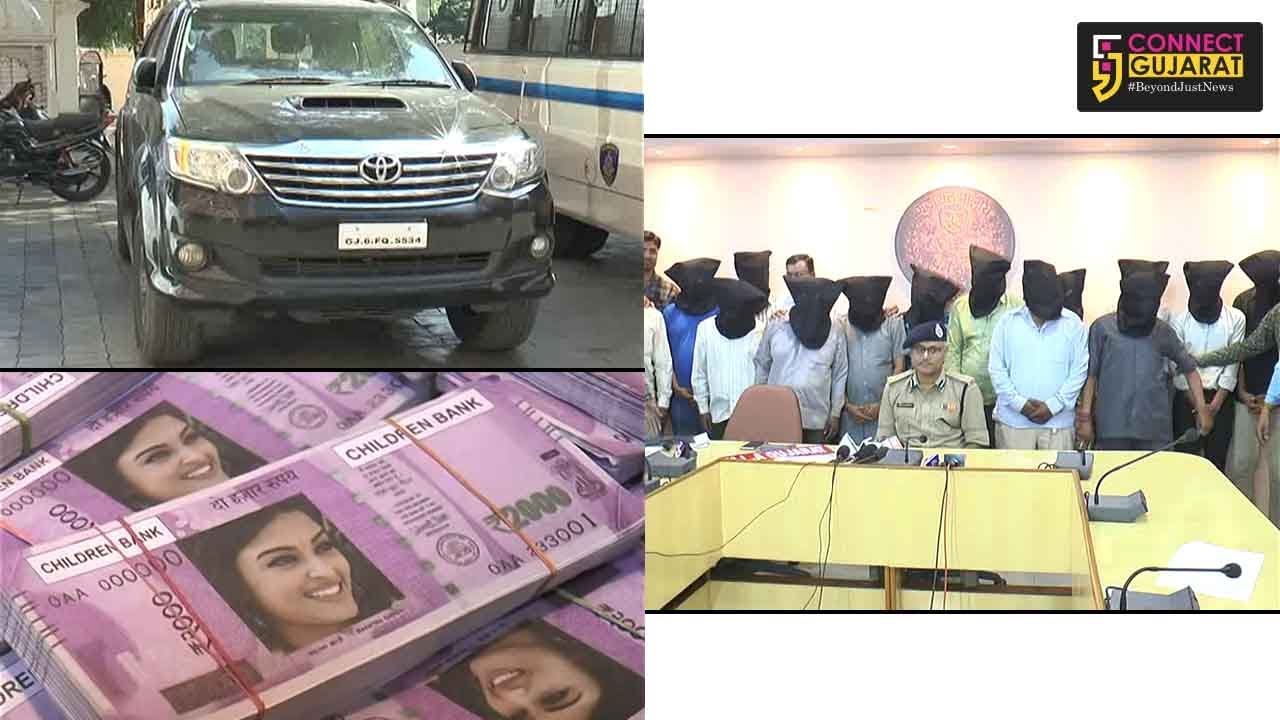 Vadodara PCB team busted a gang involved in cheating people in the name of giving loans on commission. The team also arrested seven other accused associated with them involved in extracting money from the people as duplicate police. The son of the main mastermind is Congress Vice President of Anand city.

A businessman Prem Chawla from Bhopal gives a complaint that he was in need of loan for his business and met Narendra Patel and his son Miraj Patel at Anand after he came to know that they provides easy loans on commission. The duo took 15 lakhs as commission and then asked for another five lakhs from him. He grew suspicious and inquired about the father son duo in the market. He was shocked to know that they cheat people in the name of loan and then robbed them with the help of their own associates approached the victim as policemen.

Based on the complaint the police team laid a trap in a private vehicle near Welcom hotel in Vadodara on Sunday and caught Kamal Patel from there. During primary investigation he revealed the name of his other associates and the team then caught Miraj Patel, Dhruv Patel, Krunal Solanki, Digesh Mistry waiting at classic hotel at Jambusar. Police recovered one Mahindra Quonto with a trunk kept inside having 43 duplicate notes bundles of 2000 denomination of Children bank. The another a fortuner SUV has MLA Gujarat written on the desk board from there.

During primary interrogation the PCB team get to know about the MO where they took the businessmen and people to a lonely place in their vehicle. As per the pre plan their men pretend as policemen approached them and robbed the money after threaten them. The team then laid the trap to nab the remaining associates the duplicate police.

In about 20 minutes away on Jambusar Vadodara road the PCB team found the main accused gives his identity as duplicate PI K.C. Patel along with SI R.B. Solanki and others collecting money from the passing vehicles. When the PCB team reached they approached them with the same daring and when the police team reveals their identity they ran into the fields to save themselves. After about a half kilometer chase the PCB team caught duplicate PI K.C. Patel, PSI Rakesh Solanki, ASI Jayanti Vaghela, Ramesh Baria, Arvind Rajmal, Bachubhai Harijan and Nimesh Panchal all residents of Anand from the spot.

The team then arrested the main accused the mastermind Narendra Patel from Anand and recovered the 15lakhs taken as commission from the businessman. The team recovered mobiles, cars, cash all total 50,81,565 from all the accused. After the interrogation they accepted to cheat people from cities like Delhi, Mumbai, Bhopal, Pune, Ujjain, Ghaziabad, Indore and others.

Out of the accused Kamal Patel (Talpada) is a social worker and President of Gujarat Talpada samaj. His work is to collect data and convince people for loans. Miraj Patel filed his nomination from Congress two years ago for Anand Municipality elections. He lost and now is Vice President of Congress in Anand city. His work is to collect the money and handover to his father Narendra Patel the mastermind. He also convince people by showing him his connections and using luxurious vehicles.

Ramesh Baria, Arvind Rajmal, Bachubhai Harijan all unemployed while Nimesh Panchal is labourer and Narendra Patel is the ring leader of all the accused.

Narendra Patel is a history sheeter and earlier wanted in Sayajigung police station and was arrested from Ahmedabad airport. He is also wanted in 2007 in similar case of cheating in Amaravati Ahmedabad. Kirit Patel and Rakesh Solanki both involved in cheating people as duplicate police in Vadodara and Godhra.

A case has been registered in Gotri police station and further investigation is on by the police.