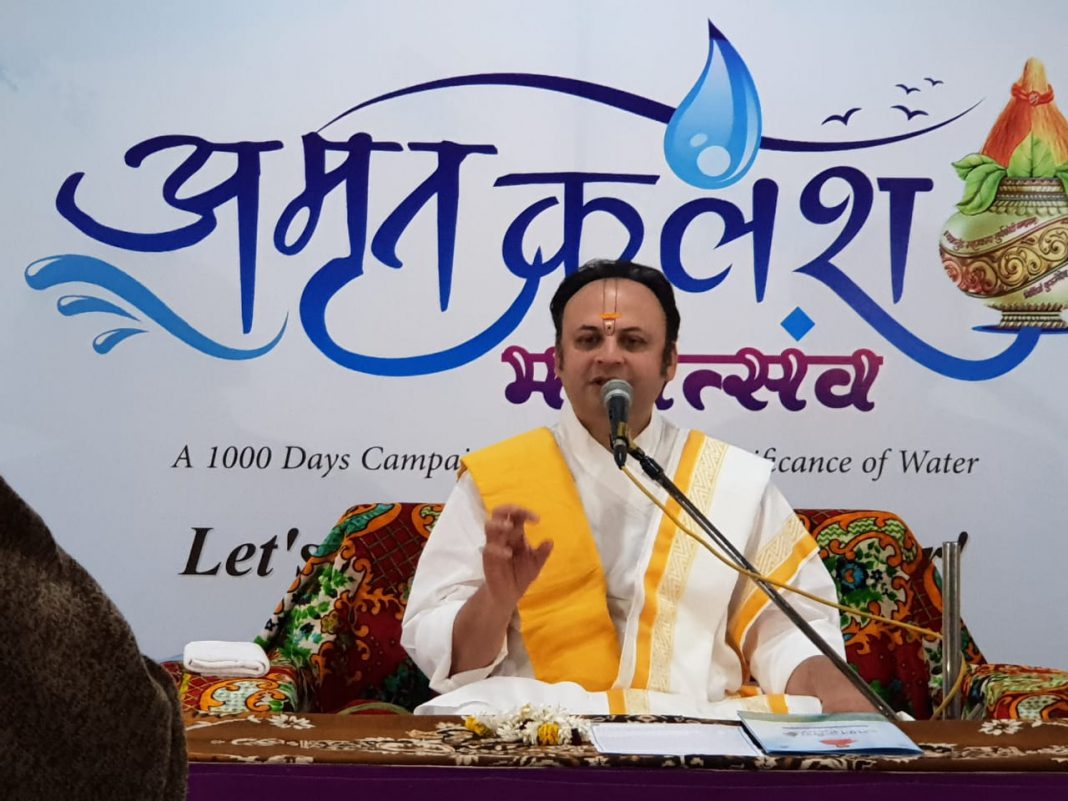 Followed by grand music concert of Shankar Mahadevan in Vadodara

The 1000 day campaign Amrut Kalash Mahotsav started to save water reaches its final destination where Seven river water carrying Kalash Arpan Addressal will be done by 108 Brahmin followed by grand music concert of Shankar Mahadevan. Later the water will be taken all across Gujarat to mix it with the rivers here.

Under the guidance of Dwarkeshlalji Maharajshri the campaign “Jal Hi Jeevan Hai” has been started with a noble cause to conserve water for the future generations.

Amrut Kalash Mahotsav is a 1000 days campaign aim to help citizens realize the need to save water and promote simple practices to aid them to take action for the same. From spreading awarness in schools, colleges, NGO’s and citizens the campaign reaches its final its final destination where a ordination ceremony will be performed of the water collected from seven river of India in Vadodara.

On 28th for the first time in the history of Vadodara city water from the seven sacred rivers of India, Ganga, Yamuna, Saraswati, Godavari, Tapi, Sindhu, Narmada will arrive in the city where 108 Brahmin will Abhishek it with Ved Mantras. Later the water will be taken to about 4000 Panchayats to mix it with the rivers of Gujarat. In the evening a Ganga Lehri Grand Musical Concert of Shankar Mahadevan will be held in the Navlakhi ground.

Organisers are planning to take the same concept to Ahmedabad and later to the other states of India spreading the message effectively in the people to join the campaign. 100 Percolation wells are also planned in Vadodara at identified spots by the organisers to save water.