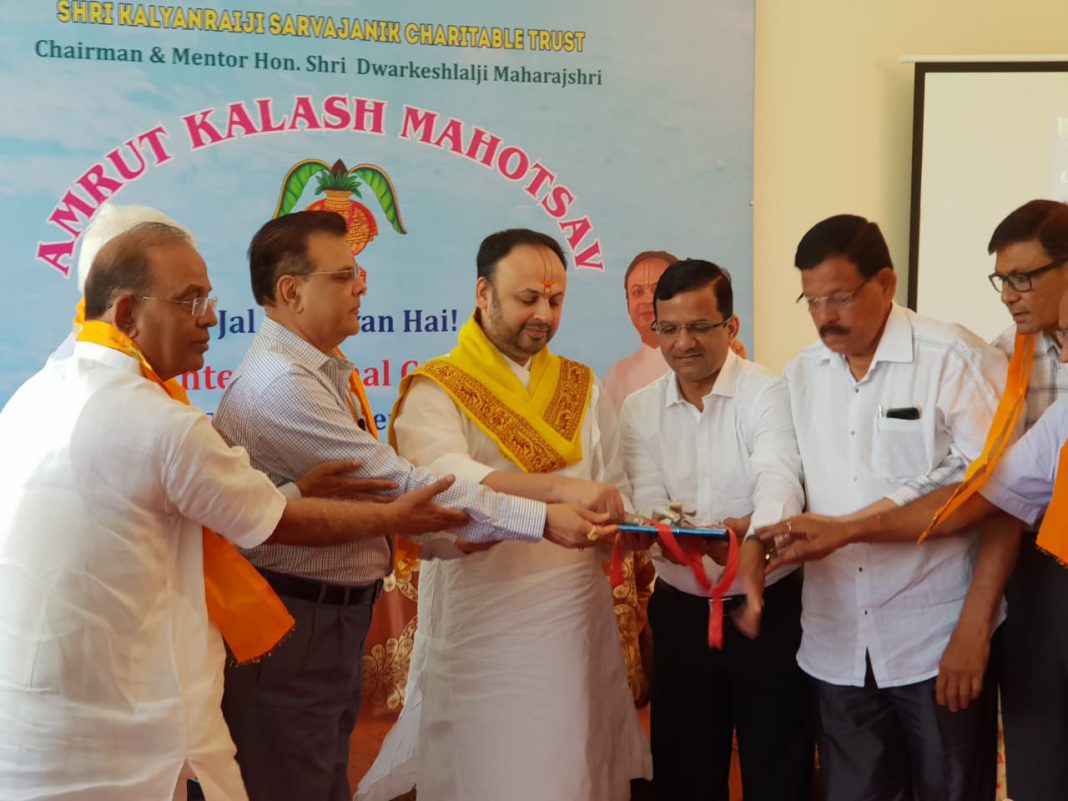 As Gujarat is facing the water scarcity problem the efforts are there to save water and spread awareness among the people to stop wasting it. With such a thought a year long campaign named Amrut Kalash Mahotsav was launched in Vadodara. The international campaign will extend for six months with various awareness programme lined up for various walks of life.

Water is essential for the sustenance of human life. While the supply seems plentiful, water is not an infinite resource, particularly the fresh clean water that is most crucial to human survival. Without conservation
efforts, this vital supply of water may be exhausted. There is an utmost need to save water now to provide a healthy environment to our future generations.

Under the guidance of Dwarkeshlalji Maharajshri, the campaign “Jal Hi Jeevan Hai” has been started. The Amrut Kalash Mahotsav is an initiative by Kalyanrayji Sarvajanik Charitable Trust where they are planning to bring about a permanent change in the water retention system by installing Percolation Wells in different parts of the city and thereafter across the Nation.

In this campaign around 400 young activists of Youth Organizations in Vadodara like Lions, Rotary will support the campaign.

Amrut Kalash Mahotsav will be spread across seven months where the aim is to reach out to schools, colleges, NGOs and citizens of not only Gujarat, but the entire nation as well as Global citizens.

The programme of the campaign will be as follows:

July 2018: Visiting other organizations such as NGOs like Lions, Rotary, etc.

August 2018: Spreading the campaign internationally to maximize the impact

> September 2018: Obtaining water from all the local rivers from all districts of Gujarat

> October 2018: Oath-taking on Save Water by a large number of citizens of the city at the same time. This will be an attempt to set a World Record

> November 2018: Getting water from the seven sacred rivers of India, Gangaji, Yamunaji, Godavariji, Tapiji, Sindhuji, Narmadaji, Godavariji, to signify the importance of the water provided by rivers in our day-to-day lives