Even as India recorded a single-day spike of 9,121 coronavirus cases in the last 24 hours, hotspots have extended beyond cities like Delhi, Mumbai and Ahmedabad, according to news reports. As per the data released by the Ministry of Health and Family Welfare (MoHFW) on 16, 81 deaths were reported, taking the COVID-19 toll to […] 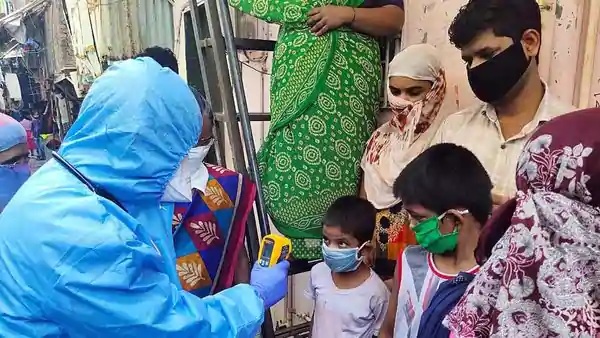 Even as India recorded a single-day spike of 9,121 coronavirus cases in the last 24 hours, hotspots have extended beyond cities like Delhi, Mumbai and Ahmedabad, according to news reports.

In Maharashtra, Amaravati has emerged as a hotspot, reporting 430 new cases on Sunday. It joined the list of cities in like Mumbai, Pune and Nagpur, which have recorded the highest number of single-day cases this year, The Indian Express reported. The district’s active caseload rose to 2,828, increasing drastically as compared to the 399 active cases until 14 January.

Additionally, 12 nurses, who had received their first vaccine shot, tested positive for COVID-19 in Amravati civil hospital. The sharp rise in infections in Amravati, which was recorded around 70 cases in a day till January, has prompted officials to test samples of COVID-19 positive persons for the UK or Africa variant of the virus, apart from other mutations.

While Amravati is reporting a positivity rate of 12.4 percent, some districts in Vidarbha are also showing a surge in case numbers. In contrast, Mumbai has a positivity rate below 5 percent. In Akola, nearly 40 percent samples tested positive on Monday, prompting district collector Jitendra Papalkar to issue a restraining order till 28 February in urban and rural areas.

Collector Shailesh Nawal reimposed night curfew under Section 144 (IPC) until 28 February and restricted movement of more than a group of four people at night in the city. Stricter COVID-19 norms include squads inspecting the use of masks, a 50-person cap on weddings and closing down of schools, except for Classes 10 and 12.

The Union health ministry said Maharashtra reported more than 4,000COVID-19 cases on 14 February after a gap of 39 days. Though the number of COVID-19 cases saw a decline, Deputy Chief Minister Ajit Pawar said the government may have to take some harsh decisions.

While Mumbai saw Dharavi emerge as a hotspot at the beginning of the pandemic last year, areas like Borivali, Mulund and western and eastern suburbs saw a heavy caseload.

Kerala, where as many as 2,18,318 people are under observation, 30 new hotspots emerged, according to a report by The Times of India. Meanwhile, 11 places were removed as hotspots, to leave a total of 376 hotspots in the state.

Meanwhile, the opening of educational institutions in Hyderabad has raised concerns about the possible rise in COVID-19 cases. While there has been no COVID-19 cases reported from schools so far, universities and colleges have seen some positive cases. Reports claimed that social distancing and other COVID-19 norms are not being followed at campuses, leading to worry among students, parents and staff about institutions turning into hotspots.

Minister of State for Health Ashwini Choubey told Rajya Sabha last week that India has shown a declining trend of COVID-19 cases since the last four months. He added that the Aarogya Setu ITIHAS interface, which uses location data and the Aarogya Setu analytics to predict emerging hotspots were used effectively to support tracking and surveillance.