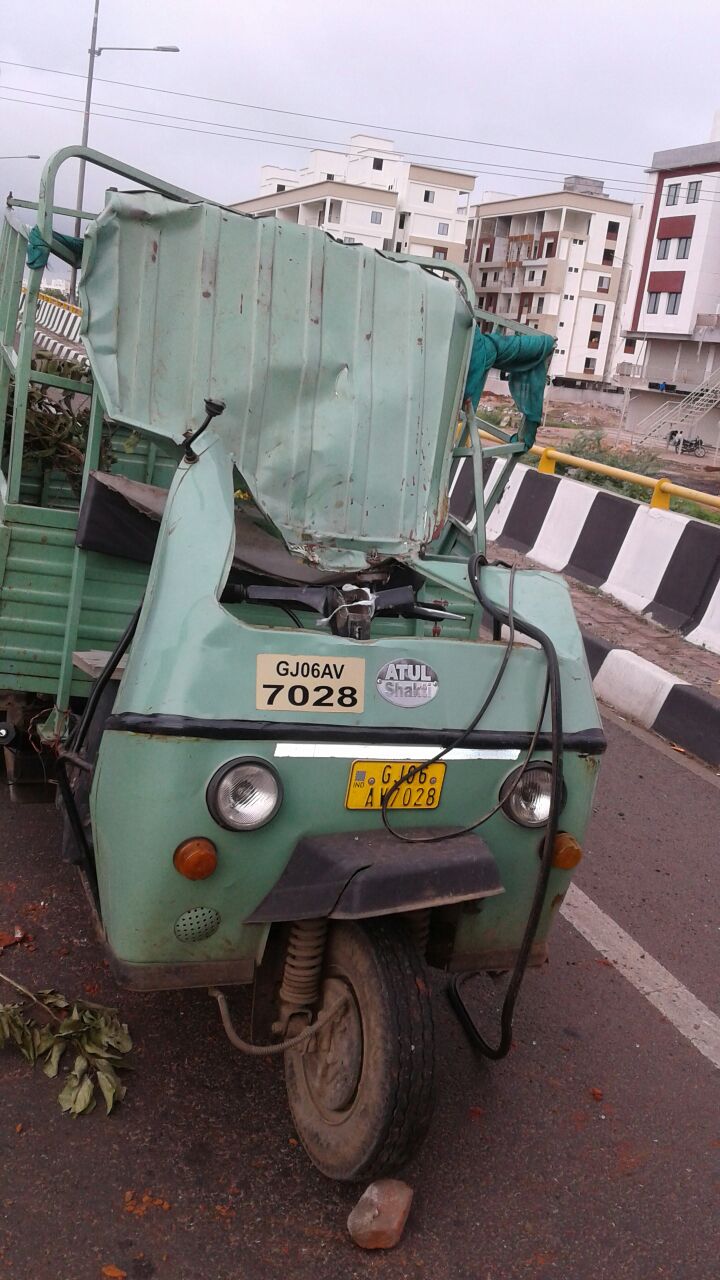 A youth died early morning in Friday after his three wheeler tempo collided with the Eicher truck near Kapurai Bridge. The youth originally hailed from UP married just one and half months ago and is into vegetable business. If that’s not all due to the ambulance strike in the SSG hospital his family find difficulty to shift his body to his native place.

As per the details Hashim Sheikh 28 residing in Ishwarnagar at Makarpura Vadsar road was doing vegetable business and on Friday left for the APMC market in his three wheel tempo. Meanwhile at Kapurai crossroads he drives to the service road and collided with the parking Eicher tempo and grievously injured. The locals rushed to help him and transferred him to SSG hospital for treatment but died before get any treatment.

The family members of the youth rushed to SSG hospital after the news. They were shocked as Hashim recently get married on 17th May 2017 one and half months ago. Originally from Faruqabaad UP he dropped his wife back there after marriage and get back to Vadodara. His plan is to set up his business here in Vadodara and after purchasing his own house bring back his wife to the city. But the destiny has other things in mind and Hashim died in an accident.

The destiny not stops here and due to the ambulance strike in SSG the family members find it difficult to shift his body to his native place in Uttar Pradesh. Finally the family hired a private vehicle from here to Ahmedabad and then took a Ambulance from there to shift the body.

The family showed their anger towards the administration of the hospital and supported the stand of the private ambulance operators.